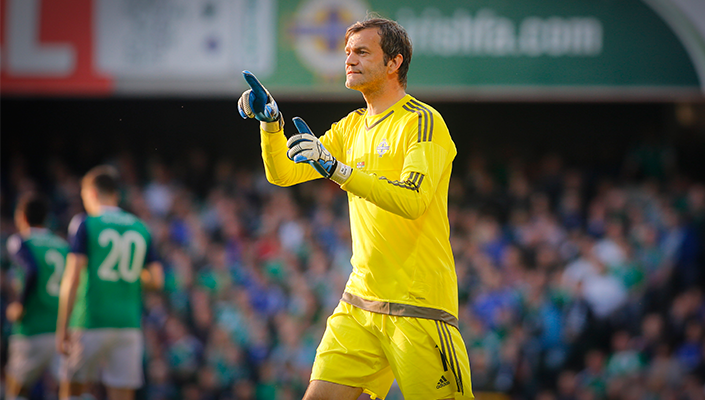 Linfield goalkeeper Roy Carroll has been called up to the Northern Ireland squad for tomorrow’s Vauxhall International Challenge Match against Croatia at the National Football Stadium at Windsor Park (7.45pm start).

He replaces Michael McGovern, who has returned to his club Norwich City for treatment on an injury. Goalkeeper Trevor Carson is also out of the squad having picked up a hand injury playing for his club Hartlepool United on Saturday.

Queens Park Rangers striker Conor Washington has also returned to his club for treatment on an injury.