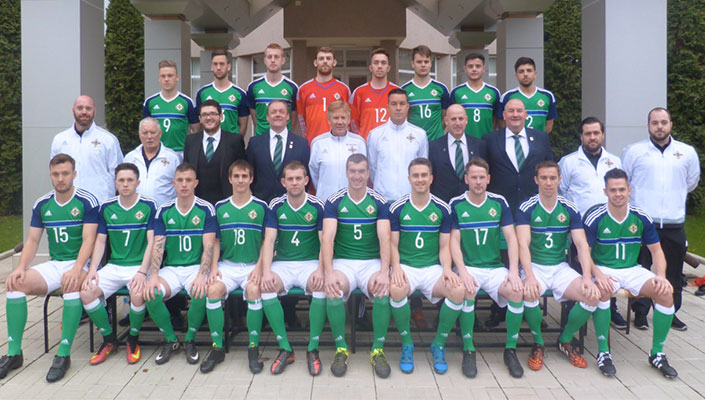 The Northern Ireland Regions Cup team were a credit to their country during a mini qualifying tournament for next year’s UEFA Regions Cup finals, according to team boss Harry McConkey.

His squad may have lost all three games at the tournament in Moldova earlier this month but McConkey insists they were “excellent ambassadors” on and off the pitch for Northern Ireland.

“It was a joy to work with this group of players and to see them grow and improve individually and as a team,” he said.

Following a 2-0 defeat against Turkey in their first game, Northern Ireland were narrowly defeated 2-1 by Switzerland and then lost by the same scoreline to the host nation.

McConkey believes his team deserved something from their final two games and he felt the result in the game against Moldova in particular did not reflect a dominant display from his players.

Two first half goals in quick succession put Moldova, represented by the Soroca region, in the driving seat in Zimbru. However, from then on it was all Northern Ireland. Stephen Browne had what looked like a perfectly good goal ruled out for offside before Northern Ireland pulled one back in the second half through Lee Warnock.

In the closing stages Northern Ireland, represented by the Western Region for the first time, laid siege to the Moldovans’ goal. The host nation’s defence cleared the ball off the line three times but McConkey’s men could not find a way past them.

Reflecting on the tournament today, the Regions Cup team boss said: “We developed a great spirit and sense of togetherness during the week and I was so disappointed that the group failed to get their rewards on the pitch. We created some great chances in the games against Switzerland and Moldova.

“Despite the disappointing results the team were applauded by all three opposing countries’ coaching staff for their fighting spirit and ability. They were excellent ambassadors for Northern Ireland on and off the pitch and I must thank them for that.

“As manager I am more informed regarding the players, managers and facilities in the Western region than ever before.

“Now that both East and West really know what’s at stake, the great prize of representing your country, travelling to Europe and living the dream of a professional footballer for a week, I expect the next qualifiers to be more competitive than ever before.”