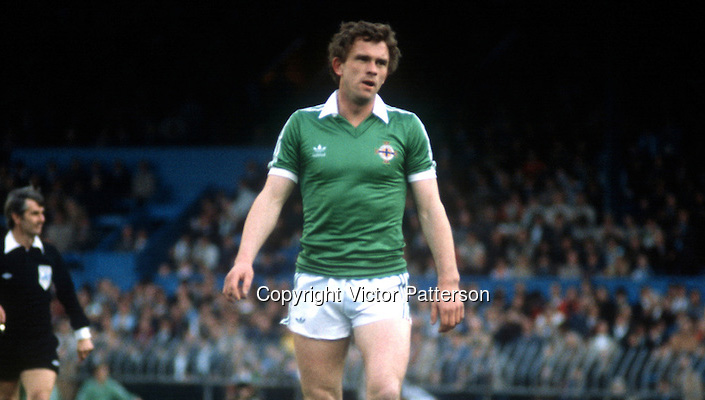 It was with sadness that the Irish Football Association learned of the passing of former Northern Ireland international Bobby Campbell.

Robert (Bobby) McFaul Campbell, who was born in Belfast and brought up in Rathcoole, Newtownabbey, was capped twice by Northern Ireland, both during the 1982 British Home Championships.

Campbell was also selected by Billy Bingham for the squad that competed at the 1982 World Cup Finals but did not get game time in Spain.

The prolific centre forward began his professional playing career at Aston Villa, making his debut in April 1974. He moved on to Huddersfield Town the following year and in 1977 he signed for Sheffield United. After a season in Sheffield he played in Canada for a short spell, with Vancouver Whitecaps, before returning to Huddersfield.

In 1979 he signed for Halifax Town but was soon on the move again, this time to Brisbane City in Australia for a short period.

In December 1979 he joined Bradford City and quickly became a hero with the Bantams’ fans. It was the club where he really made his mark.

Campbell made 320 appearances for Bradford during two spells at Valley Parade stretching over seven years.

And he remains their all-time top scorer after netting 143 times for the club. In total he made 274 league appearances for the Bantams, scoring 121 goals.

He was their top scorer in every season during his two spells with the West Yorkshire club and his goals helped them to two promotions (1982 and 1985).

In his first spell with the Bantams he netted 76 goals in 148 games. He then left for Derby for a brief time before returning to Bradford for another three years.

Campbell, who played for nine different clubs, finished his 14-year career at Wigan Athletic. During his time with Wigan (1986-1988) he scored 27 times in 69 appearances.

The Belfast-born striker’s overall career record was 198 goals in 509 appearances.