Washington, Magennis and Boyce on the scoresheet 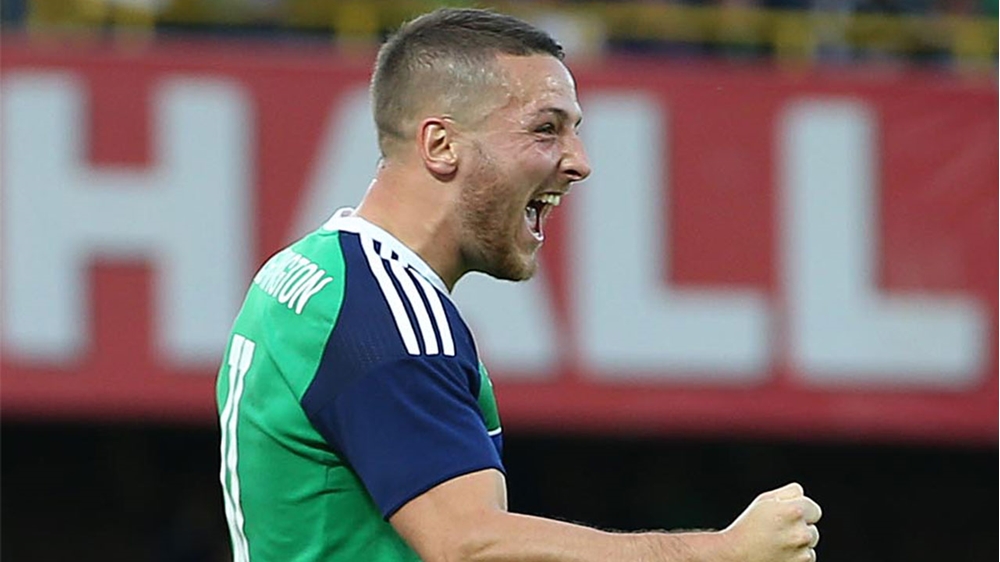 Striker Conor Washington scored his third goal of the season at the weekend as Queens Park Rangers got off to a winning start under new manager Ian Holloway with victory over Norwich City.

The 24-year-old, who opened the scoring after 21 minutes at Loftus Road, was usually deployed as a lone striker under previous boss Jimmy Floyd Hasselbaink, but on Saturday he was part of a front two against Alex Neil’s side.

“It’s been tough since I’ve been here,” admitted Washington, who missed the 3-0 defeat against Croatia last Tuesday with a groin strain. “So, it was nice to play in a two-up front, which is good for me.

“Seb (Polter) is really good to play off and I think the little and large combination works. I’ve always played in that and it’s what you get used to.

“He (Holloway) has been brilliant, especially for the forward players,” he added. “It was nice to get on the score-sheet but the most important thing was getting off to a good start.”

In fact, it was a good weekend for Northern Ireland strikers with both Josh Magennis and Liam Boyce also finding the net for their respective clubs.

Magennis headed home Charlton Athletic’s opener on the half-hour mark as the South-London outfit recorded a 2-0 victory at home to Port Vale, while Liam Boyce was on target for the first time since the 10th September as Ross County won 4-2 at Tommy Wright’s St Johnstone.

Meanwhile, in League One midfielder Matthew Lund, who made his senior international debut against Croatia, capped off a perfect week when he slotted home his fourth goal of the campaign as Rochdale secured a comfortable 4-1 home win over Swindon Town.

Northern Ireland under-19 striker Ollie Bassett, who is currently on loan at Dorchester Town from Yeovil, hit an injury time winner for the Evo-Stick League outfit in their 3-2 defeat of Chesham United.

Elsewhere, under-21 international Louis Rooney made his first appearance of the season when he came on as a late substitute in Plymouth’s Argyle’s surprise 3-0 home defeat to Grimsby Town in League Two.

Finally, in the Championship Stuart Dallas, who missed both Northern Ireland’s recent internationals with a thigh strain, was an unused substitute as Leeds United fell to a 2-0 home defeat to top of the table Newcastle United.