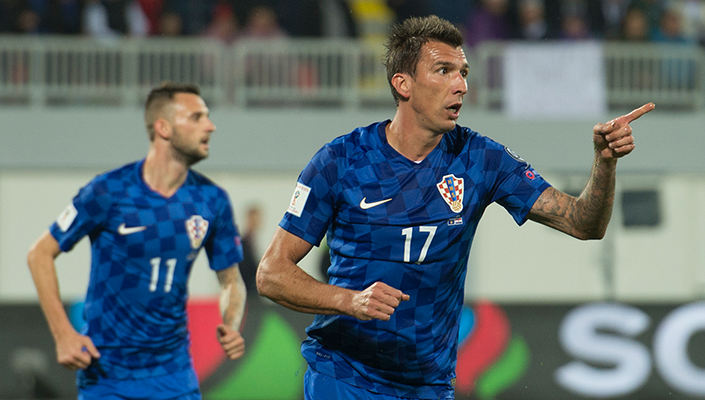 Serie A stars Mario Mandzukic and Marcelo Brozovic have been named in the Croatia squad for the international friendly against Northern Ireland in Belfast on Tuesday.

Juventus striker Mandzukic and Inter Milan attacking midfielder Brozovic, who scored both goals as Croatia defeated Iceland 2-0 at home on Saturday to top their World Cup qualifying group, are in a 16-man panel for the Vauxhall International Challenge Match at the National Football Stadium at Windsor Park (19.45 start).

Six of the team that started against Iceland are in the squad to face Northern Ireland. They include Brozovic, Mandzukic, Atletico Madrid defender Sime Vrsaljko, Fiorentina midfielder Milan Badelj, no-nonsense central defender Domagoj Vida of Ukrainian giants Dynamo Kyiv and Josip Pivaric, who plays at the back for Croatian side Dinamo Zagreb.

Six players who were in the squad for the game against Iceland have not travelled to Belfast. They are Real Madrid playmaker Luka Modric, Barcelona midfielder Ivan Rakitic, attacking midfielder Ivan Perisic (Inter Milan), who was sent off in the dying minutes of the Iceland game, Real Madrid midfielder Mateo Kovacic, veteran defender Vedran Corluka (Lokomotiv Moscow) and Monaco keeper Danijel Subasic.

The panel chosen by Croatian head coach Ante Cacic for the game on Tuesday features: