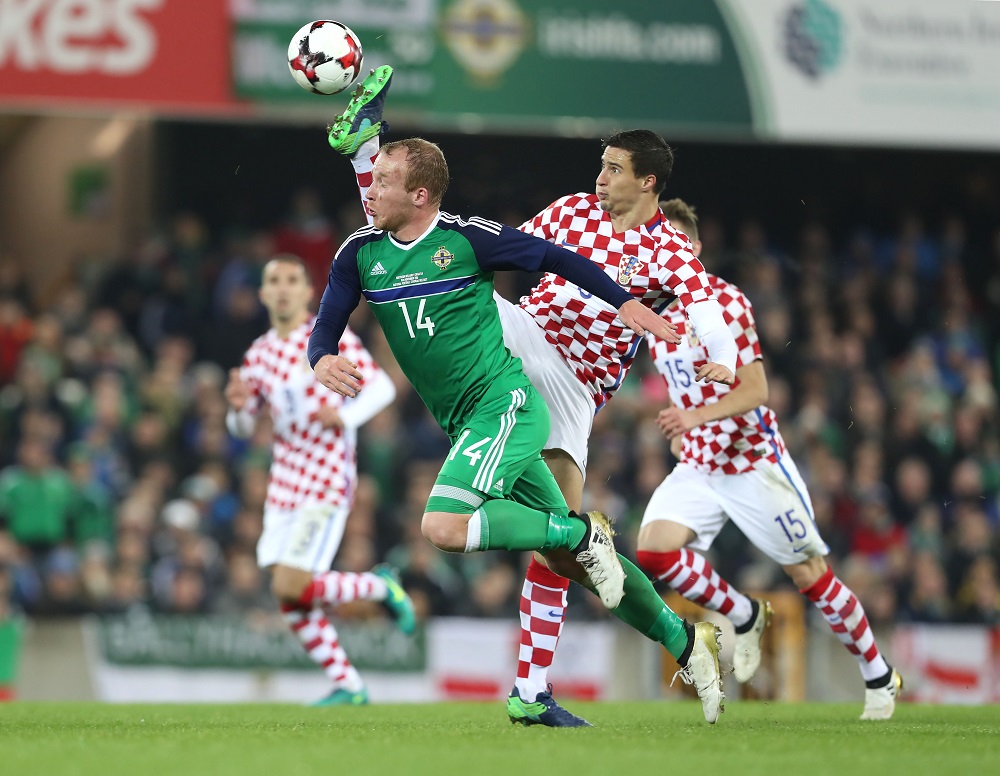 Northern Ireland ended the year on a losing note with this reversal to Croatia which brought an end to that long unbeaten home run.

With no points at stake, Michael O'Neill made a number of changes to the side that comprehensively defeated Azerbaijan on Friday night, including handing the captaincy to Niall McGinn on the occasion of his 50th cap and giving a debut to Rochdale's Michael Lund.

Northern Ireland started brightly with Josh Magennis flashing an early effort across the face of goal before it was cleared at the back post while Liam Boyce almost made the most of a moment of hesitation from 'keeper Lovre Kalinic soon after.

However, Croatia withstood that early pressure to open the scoring on nine minutes when Juventus striker Mario Mandžukić pounced to poke the ball home after 'keeper Alan Mannus had pushed out a Duje Čop effort.

Boyce had an opportunity to level after a quarter-of-an-hour with a header from a Chris Brunt cross but, by and large, it was a game littered with half chances at either end.

That was until the 35th minute, though, when Čop doubled Croatia's advantage with a right foot finished into the top left corner after Matej Mitrovic had nodded on a corner.

As is the norm with friendlies, a number of changes were made at the break with Steven Davis, Conor McLaughlin and Ryan McGivern all coming on.

The sides traded chances early in the second half. Marcelo Brozovic sent an effort high and wide to the right while, at the other end, Jonny Evans sent a header from inside the box over the target from an Oliver Norwood delivery.

Croatia's third goal arrived on 67 minutes courtesy of Andrej Kramarić - and what a spectacular finish it was!

The Hoffenheim striker collected the ball from Čop some 25-yards from goal before unleashing a terrific strike into the top right corner well beyond the reach of Mannus.

After that Kyle Lafferty saw a right-foot effort from the left side of the box saved while a later header fell the wrong side of the post.

But, in the end, there was to be no way back for Northern Ireland.