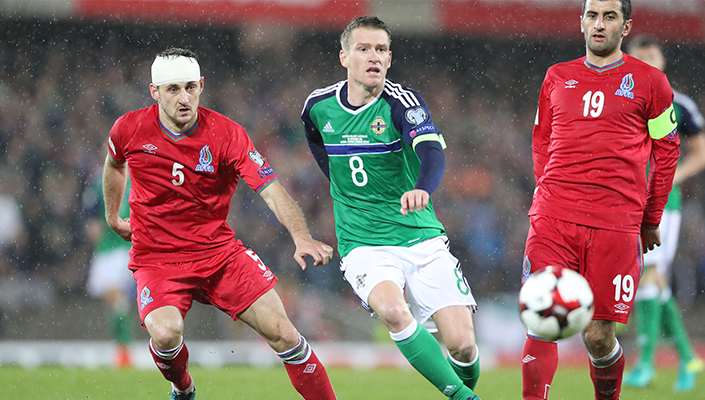 Northern Ireland may be close to breaking records but it's not stats that the Captain is after as his side face Croatia on Tuesday evening.

A positive result against Croatia in the Vauxhall International Challenge match at the National Football Stadium at Windsor Park would see Northern Ireland equal their longest ever rununbeaten run at home which is 11.

But it isn't records like these that Davis is interested in, only keeping up the belief that has built up throughout an historic 2016.

He said: "We don't give much thought to the record number of games or anything like that. it's just about keeping that positive momentum and belief in the squad.

"Obviously there will be changes to the team and gives Michael the opportunity to give some other players the chance to show what they can do so it will be a good game for us and one the fans are looking forward to as well."

With Croatia currently sitting 20 places above Northern Ireland in 16th place in the World Rankings they will be seen as favourites. However, with an unbeaten run dating back to September 2013, Davis is confident of a result on their home turf:"We are looking forward to the game, it's top quality opposition and top quality players.

"It's going to be a good test but now we have the belief we can give any one a challenge here in Belfast and get a good result."