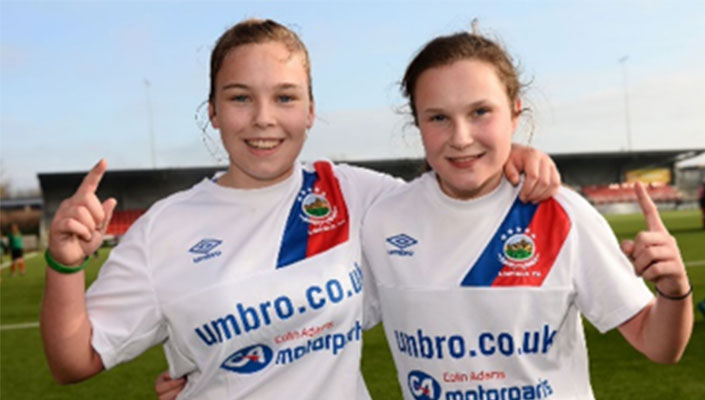 Linfield will face Sion Swifts Ladies in the final of the South Belfast U15 Cup after a 2-1 win against Cliftonville.

Goals from Kirsty Cameron and a late winner from Cora Morgan sealed their spot in the final with Cliftonville equalising in-between from Carla Devine.

Both teams came close in the opening stages but it was Linfield that scored first.  A long ball over the top for Cameron to run on to and finish with ease.

The second half saw Cliftonville dominate for large periods of the game and their break through goal came from a wonderful shot from Devine.

The game looked set for extra time but Linfield’s Morgan made sure her team were in the final with a well taken strike.

Linfield manager Peter Gilmore said: "It was a fantastic advert for girl’s football. The match was tight with the quality of both teams clear to see.

"For the girls to get to a final after only being together for 3 months is a fantastic achievement and we look forward to competing in our first final against another tough opponent."

The other semi-final saw Sion Swifts Ladies book their place in the final with a 3-0 win over Glentoran at Seaview Stadium.

A superb hat-trick from Swifts captain Teegan Lynch rounded off a dominant performance to book her side's place in the final on Sunday 4th December at Solitude.