O'Neill glad to have Chris Brunt back for Northern Ireland 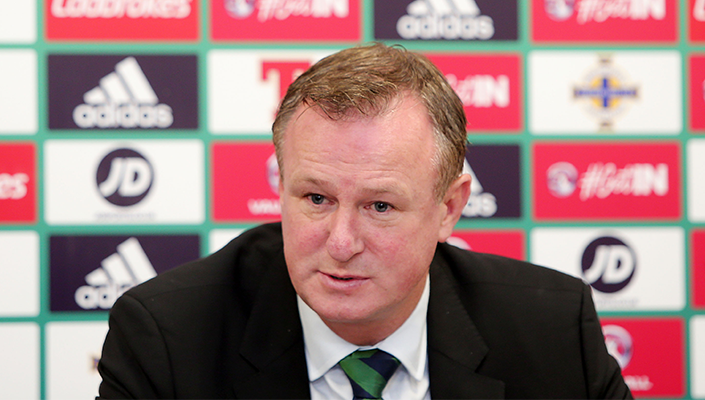 Michael O'Neill says it's a "plus" to have Chris Brunt back in the Northern Ireland squad for the first time since the injury that ruled him out of UEFA Euro2016.

Brunt started his first league game of the season on Saturday against Manchester City and on the inclusion of Chris Brunt, O'Neill said: "It's a big plus. He has played a part in the last three West Bromwich Albion games.

"Chris is a very experience player, he is a player we missed in France and there is no doubt about that. On the left hand side he gives us great balance and he is one of our few Premier league players so it's great to have him back."

Another name back in the squad is Will Grigg and O'Neill hopes the Wigan striker can prove his worth at International level: "He's a player that still has to prove himself at this level.

"Unfortunately for personal reasons he wasn't able to be part of the squad for the first three games but he is playing on a regular basis in the championship, scoring goals but it's been difficult recently with Wigan not getting the results they hoped."

"A player playing at that level, playing regularly for his club is someone we can't ignore. He has to come here and force his way into the team and if given the opportunity, takes the opportunity."

Northern Ireland next face Azerbaijan knowing a win will see them end 2016 in second place in their FIFA World Cup qualifying group leapfrogging their opponents and O'Neill is wary of the threat they possess: "They have had a great start to the campaign with seven points, a good win at home to Norway and a point away to the Czech Republic.

"They are a very difficult team to play against, they will be very strong defensively, and will play with a defensive shape and we will have to be at our very best to win this game, this isn't a formality."