West Brom defender on the scoresheet once again 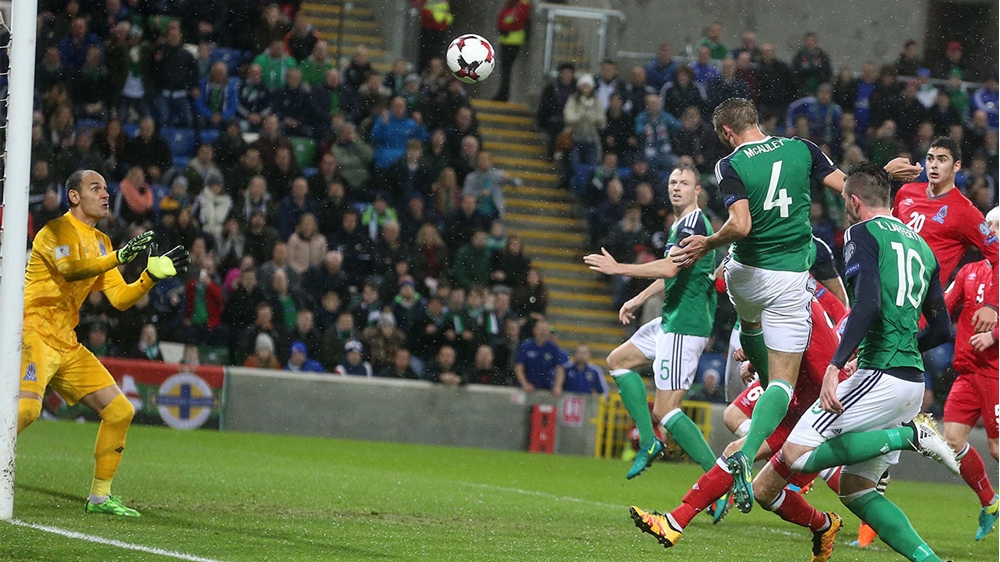 Northern Ireland stalwart Gareth McAuley scored his fourth goal of the season at the weekend as West Bromwich Albion drew 1-1 at Hull City, however the 36-year-old was still disappointed at the loss of two precious Premier League points.

“Considering the level of performance we have produced over the past few weeks that was definitely two points dropped,” declared McAuley, “We played well in the first-half but just couldn’t see the game out.”

McAuley put the Baggies in front with a 34th minute header but he conceded that he would rather have left the KC Stadium with a win under his belt.

“I’ve never won at the KC Stadium,” added the former Crusaders and Coleraine defender, “and while it’s always nice to get on the scoresheet, I would rather we had kept a clean sheet and left with the three points.”

Meanwhile, Liam Boyce made it two goals in two games after scoring in Ross County’s 1-1 home draw with Hamilton Academicals in the Scottish Premiership on Saturday.

“If we had won we would have been top six,” said Boyce, who now has eight goals for the Dingwall outfit this term, “A couple of games ago we couldn’t score a goal but we scored four last week and we could have scored four today.

“I think we’re on the right path,” he added, “We just need to continue what we’re doing and keep playing. If we get those chances again next week eventually it will go in.”

Fleetwood Town right-back Conor McLaughlin continues to enhance his reputation as a goalscorer after he headed home an injury time equaliser at AFC Wimbledon to take his tally for the League One side this season to three.

In League Two Notts County midfielder Michael O’Connor scored his first goal for the club since his move to Meadow Lane in the summer, however it was not enough to prevent the Magpies going down 3-2 at Barnet.

The only other Northern Ireland player to find the net over the weekend was former international captain Aaron Hughes who hit a 57th minute winner as Kerala Blasters defeated Pune City 2-1 in the Indian Super League.

Elsewhere, there was disappointment for winger Niall McGinn yesterday after Aberdeen lost 3-0 to his former club Celtic in the final of the Scottish League Cup at Hampden Park.

Former Crusaders defender Josh Robinson’s debut for Boston United was cut short after the FA Trophy game with Witton Albion was abandoned at half-time because of fog.

The 23-year-old, who moved to York City in the summer from Stephen Baxter’s side, joined the National League North outfit on a two-month loan last week.

Finally, after an eight-week absence through injury, Stuart Dallas made his first appearance for Leeds United when he played the final 27 minutes of their 2-1 Yorkshire derby victory at Rotherham United.