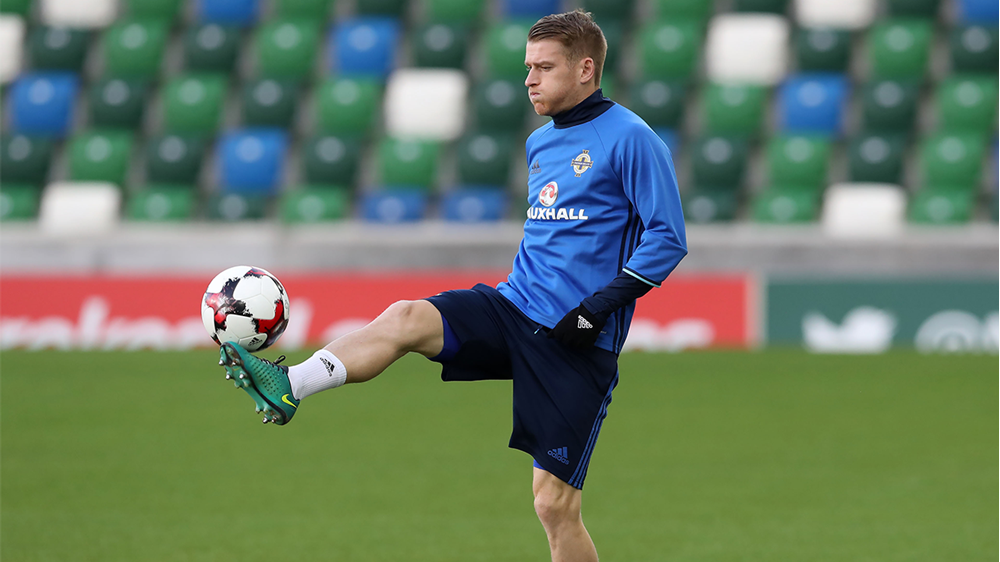 Davis, who opened the scoring in the 4-0 win against San Marino in the last home FIFA World Cup Qualifier, believes they need to replicate that performance: "It gives us the opportunity to put ourselves in the position we want to be in the group going into March.

"There is a lot riding on the game but we have to go and play with the same intensity as we did against San Marino and hopefully we can show our quality."

Azerbaijan are the current occupiers of second place in Group C having begun the campaign with seven points and are yet to concede a goal in qualifying.

Therefore Davis is aware of the obvious challenges: "It's going to be a difficult game, they have made a very good start to the group and will be full of confidence.

"They will setup as they have done in their other three games. They are going to sit deeper, we will have possession of the ball which they will be comfortable with. We will have to work hard to break them down because defensively they will be very well drilled."