Chris Brunt has been included in Michael O’Neill's Northern Ireland squad ahead of the upcoming FIFA World Cup qualifier against Azerbaijan and friendly against Croatia.

Brunt makes his return to O’Neill's 25-man squad following eight months on the sidelines which included him missing out on the recent Euro 2016 Finals campaign.

Will Grigg also returns to the squad for the first time since Euro 2016, however Craig Cathcart misses out due to injury.

Northern Ireland will round off a memorable year as they take on Azerbaijan on Friday 11th November and Croatia on Tuesday 15th November in Belfast at the National Football Stadium at Windsor Park.

Michael O'Neill was delighted to have a player of Brunt's quality back in the squad.

"In the last few weeks he has made great strides by coming off the bench in his first match and starting at the weekend.

"He's a Premier League player, he's always going to be in our squad. He was a big loss for us at the final so it is great to have him back in."

O'Neill is well aware of the threat that Azerbaijan pose given their start to the campaign.

"We expect a tough game. They have seven points from nine and have made a good start not conceding a goal. 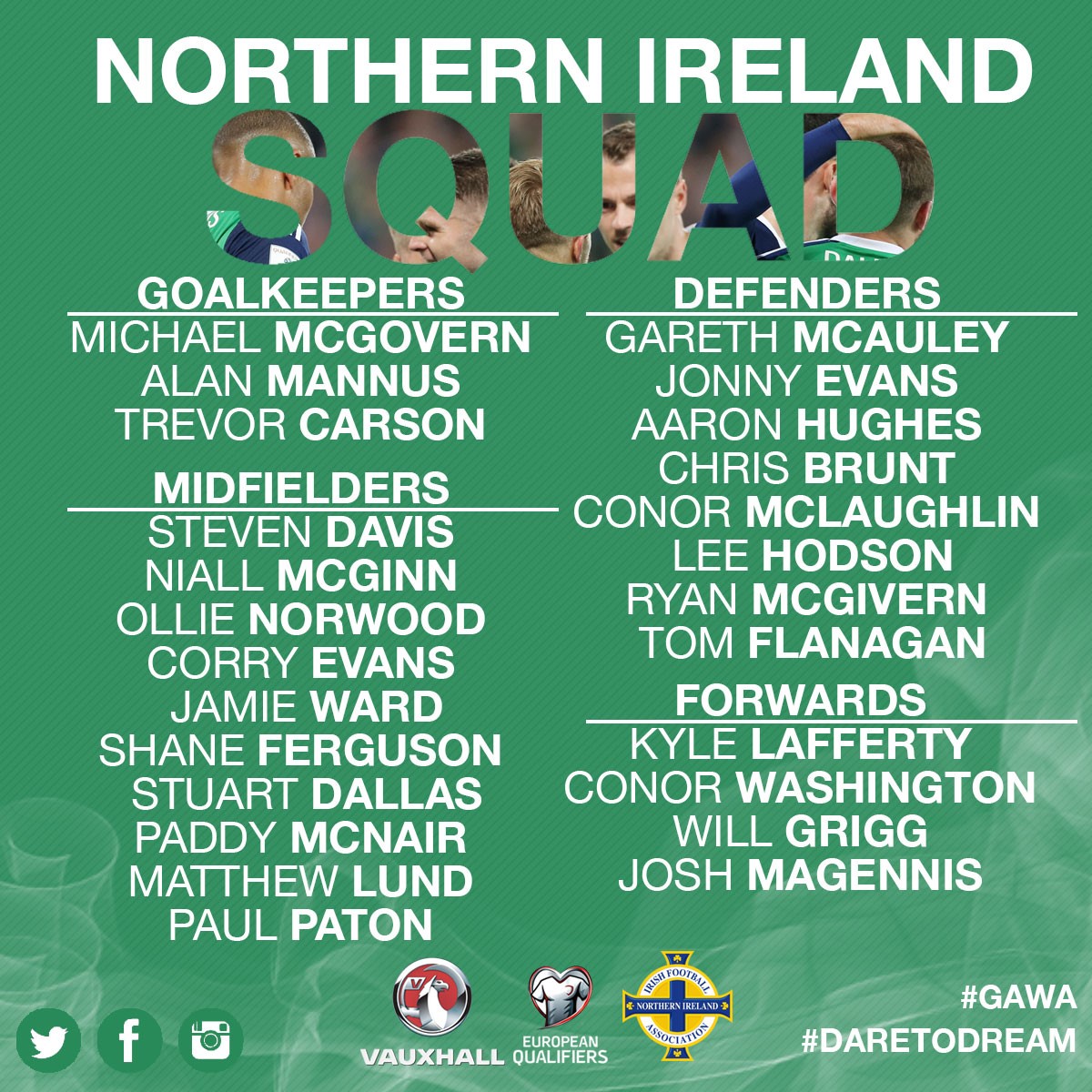