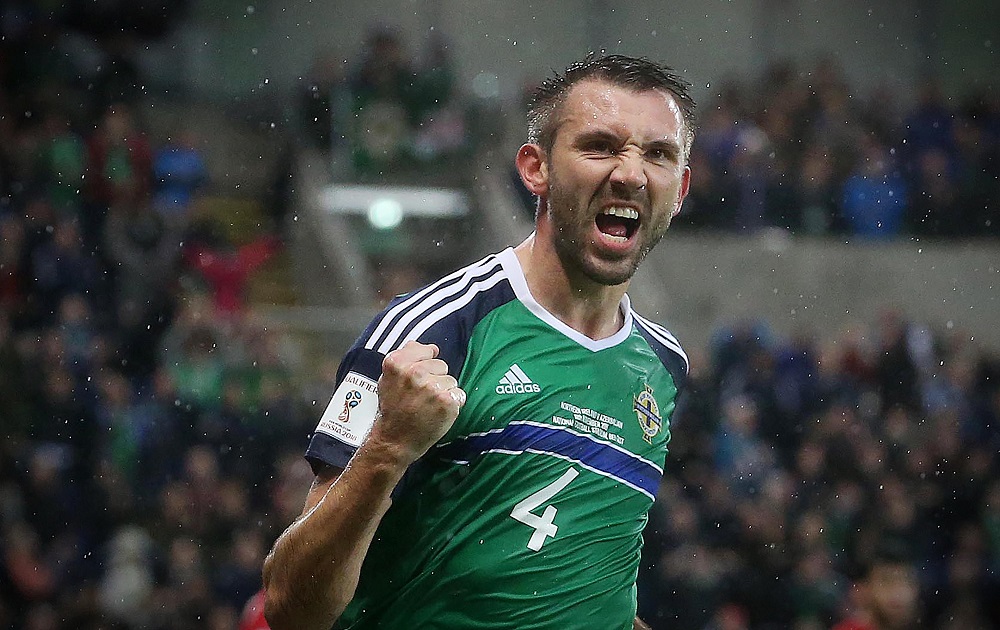 Northern Ireland blasted their way into second spot in World Cup Qualifying Group C with a thumping four-goal defeat of Azerbaijan at the National Football Stadium at Windsor Park.

The visitors started brightly, creating the first chance of the game as early as the second minute when, from a corner, Əfran İsmayılov was unable to keep a volleyed effort on target.

After this it was really all Northern Ireland. On 12 minutes Conor McLaughlin did well down the right before crossing for Shane Ferguson but he could only fire into the side netting.

A couple of minutes after that the returning Chris Brunt rose above the Azerbaijan defence to head a long throw-in goal bound but 'keeper Kamran Ağayev saved comfortably.

Then, on 25 minutes, Josh Magennis left his marker behind and from inside the right side of the box offered up an effort which Ağayev parried to safety.

However, the deadlock was eventually broken on 27 minutes. Magennis was again involved when his long throw from the right was flicked on for Kyle Lafferty to meet 12 yards out before beating the 'keeper with a controlled half-volley.

Magennis and Lafferty combined on a couple of occasions after that without the moves bearing fruit.

But Northern Ireland's second did arrive five minutes from the break when Brunt whipped in a free-kick from deep on the right which was expertly met by Gareth McAuley at the back post to thunder home a stunning header.

All told, a solid first half display from Northern Ireland, although Azerbaijan did enjoy periods of possession without looking likely to make them count.

Robert Prosinečki's side did look more adventurous early in the second half, almost pulling a goal back six minutes in when Ismayilov slipped the ball through for substitute Deniz Yılmaz but Michael McGovern was very alert to the danger, rushing out to make the block.

The Azeri's pushed forward again on the hour mark and, after patient move, the ball fell for Arif Daşdəmirov but, despite being in a promising position on the edge of the area, he could only scoop his effort over the bar.

Any threat to the eventual outcome was well and truly snuffed out on 66 minutes when Oliver Norwood blasted over a perfectly delivered corner for McLaughlin to power a bullet header into the net from the edge of the six yards box.

There might have been a fourth on 82 minutes. Niall McGinn, a second half substitute, burst past his marker on the left flank before laying the ball off for Steven Davis to get into the box to test the 'keeper with a low shot which was well saved.

But it was 4-0 just moments later when Brunt drilled a low shot from the left edge of the box into the far corner of the net, and although it might just have taken the slightest of deflections off Maksim Medvedev no-one is going to deny the West Brom man only his second international goal!

Elsewhere in the group, Germany hit eight past San Marino in Serravalle while, in Prague, the Czech Republic picked their first win of the campaign with a 2-1 defeat of Norway. 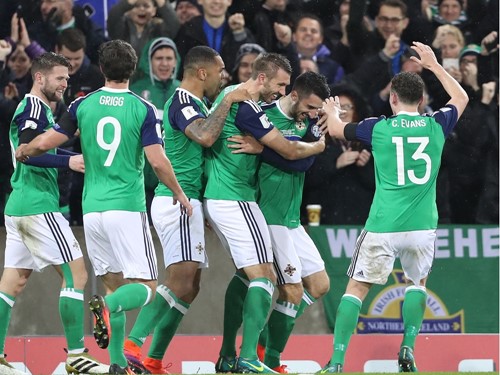 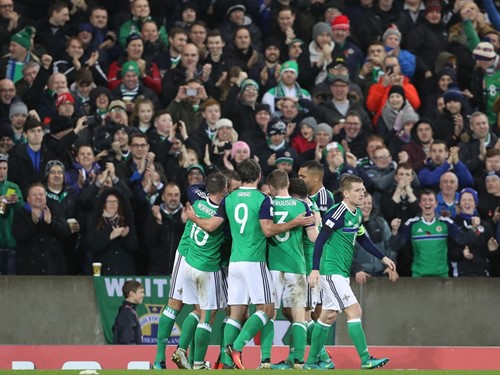 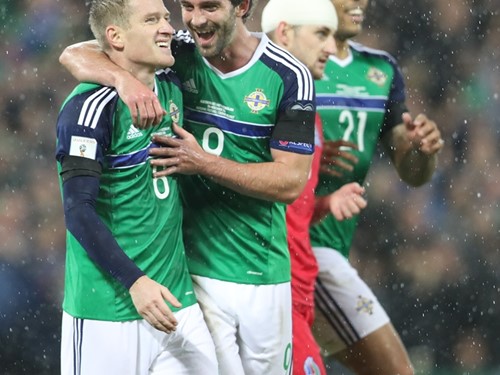 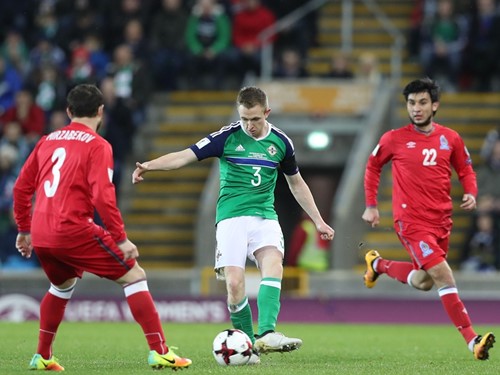 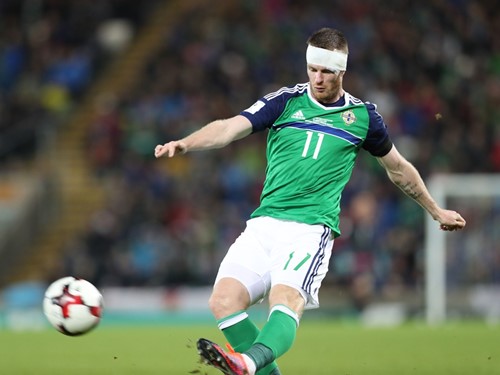 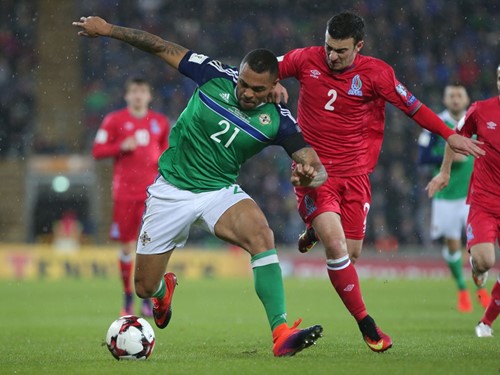 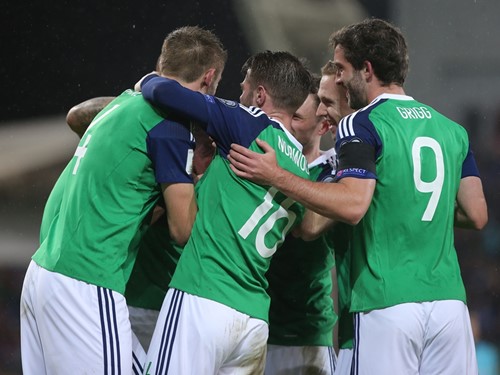 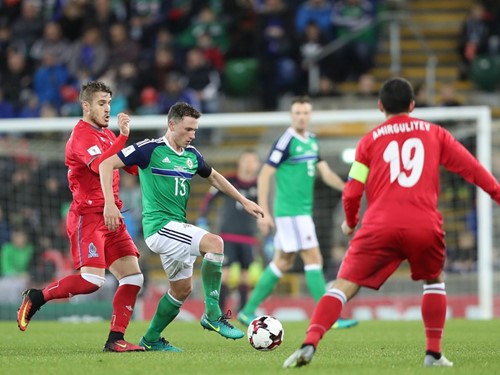 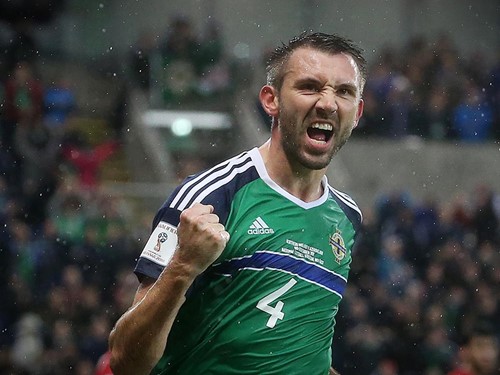 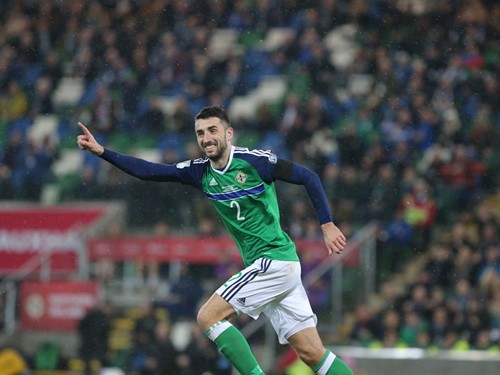 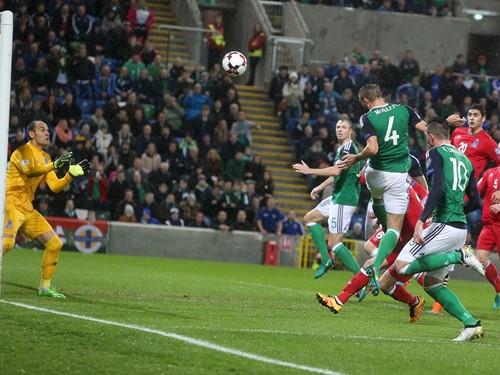 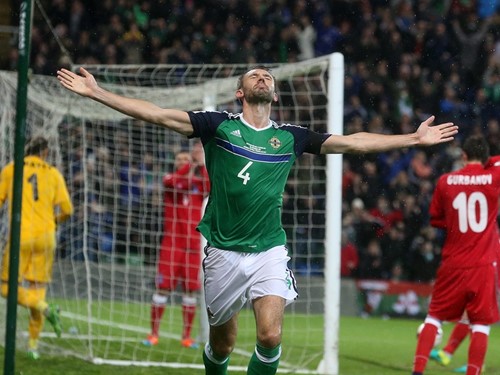 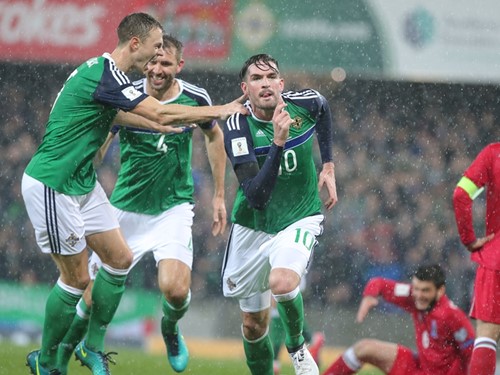 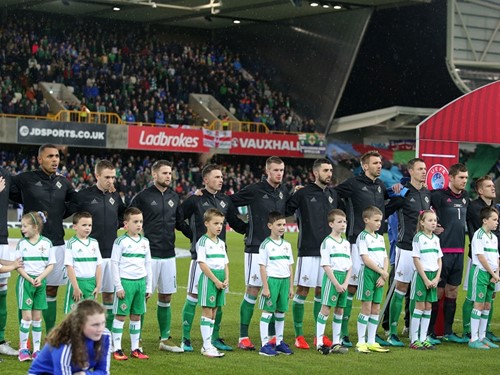