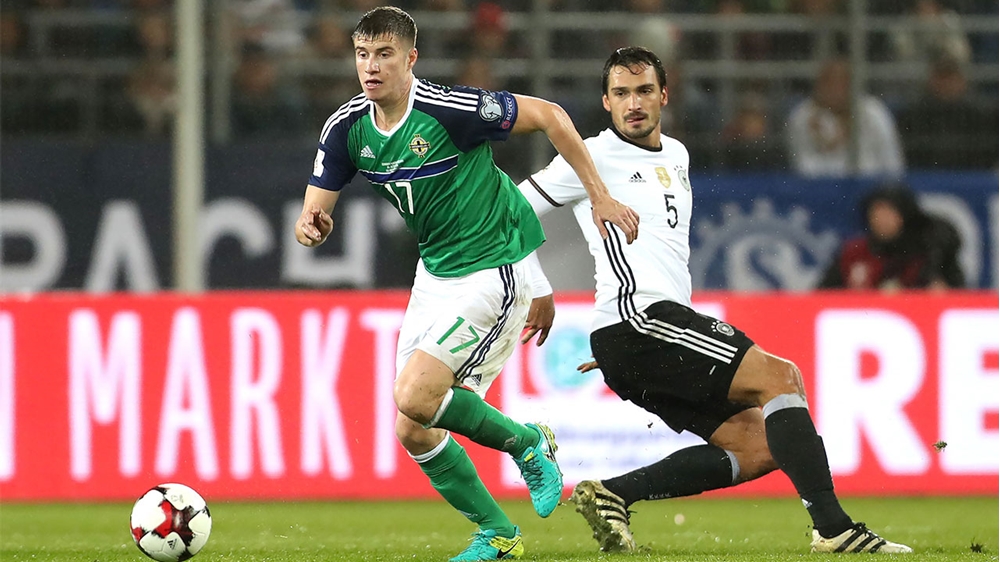 Northern Ireland international Paddy McNair will be out of action for several months after rupturing an anterior cruciate ligament in his knee, it was confirmed today.

His club, Sunderland, said the midfielder faces a lengthy spell on the sidelines.

The 21-year-old, who joined the Mackems from Manchester United back in the summer, suffered the ACL injury during their 3-0 win over Hull City on Saturday.

The incident occurred when McNair closed down Hull’s Curtis Davies on the edge of his own penalty area.

It is understood the injury occurred in the first half of the game but the midfielder played on until he was substituted late in the game.

Sunderland said McNair faces a lengthy spell on the sidelines but will be focusing on returning to action as quickly as possible.