Chris Brunt says he's ready to be called upon 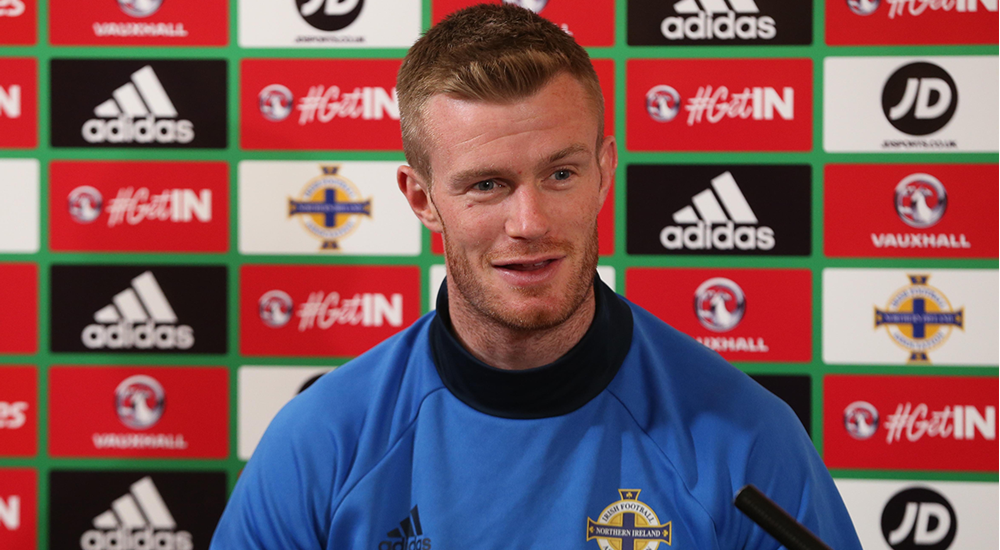 Chris Brunt says he's ready to be called upon by manager Michael O'Neill as he returns after eight months out through injury.

Brunt hasn't featured for his country since Northern Ireland qualified for UEFA Euro2016 against Finland in October 2015 and missed out on the tournament due to the knee injury he suffered whilst playing for West Bromwich Albion.

Now he is back in the Northern Ireland squad and is just happy to be back with a ball at his feet. He said: "Obviously it's nice being back playing football just generally again.

"I spoke to Michael (O'Neill) a couple of weeks ago about the game and to be involved again is nice. It comes at a time when I need to get games under my belt so it worked out okay and if i can help out on Friday night or Tuesday that's what I am here to do."

And now looking forward, Brunt is eyeing up a spot in the playoffs but knows that results first of all have to go their way: "Everyone will tell you the same thing that they would love to play in a World Cup. If we can get the points on the board in the next couple of games we'll know if we have a good chance at the playoffs or not.

"I think we have a realistic chance of getting a playoff spot so it's up to us now to take that going into the next two games, especially at home, and build from there."