Goals for Lafferty, McKay and Reeves 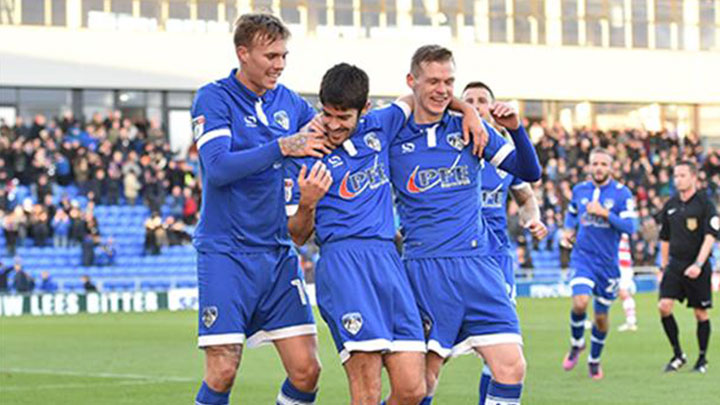 Striker Kyle Lafferty grabbed his second goal of the season when he scored just four minutes after coming off the bench for Norwich in their home encounter with Leeds United at the weekend.

Unfortunately, the 29-year-old’s goal for the Canaries was not enough as the visitors, for whom Stuart Dallas was unavailable because of a calf strain, struck in injury time to secure a 3-2 victory.

Meanwhile, in the First Round of the FA Cup striker Billy McKay found the net for the third time this season as Oldham Athletic defeated Doncaster Rover 2-1 at Boundary Park.

The 28-year-old, who is on a season-long loan with the League One club from Wigan, earned praise from Latics boss Stephen Robinson after the game for his performance.

“He has had chances and we’ve tried to tweak his game where he stays a lot more central.

“He has a brilliant work ethic and sometimes that can be detrimental to him scoring goals. He works so hard and he’s a clever player who sees danger so he drops into areas.

“He showed today what a good player he is, he scored and he could have had a few more so I thought he was terrific and we are delighted with him.”

McKay was joined in the Athletic team by three other Northern Ireland players, Ryan McLaughlin, Cameron Dummigan, and Carl Winchester who unfortunately had to be replaced after nine minutes because of an injury.

“It was disappointing for Carl Winchester to go off early with a hamstring tweak,” said Robinson, “but we will assess his injury ahead of our game on Tuesday night.”

Elsewhere in the competition, Ben Reeves took his tally to five for the season after he scored in MK Dons nervy 3-2 home success over Spennymoor Town, while former Northern Ireland under-21 defender Joe Jones scored for the third successive game as Woking made it through to round two with a 4-2 win at Stockport County.

Finally, in the Premier League, Chris Brunt, Gareth McAuley and Jonny Evans all came through unscathed after playing the full ninety minutes for West Brom who won 2-1 at Champions Leicester City yesterday.