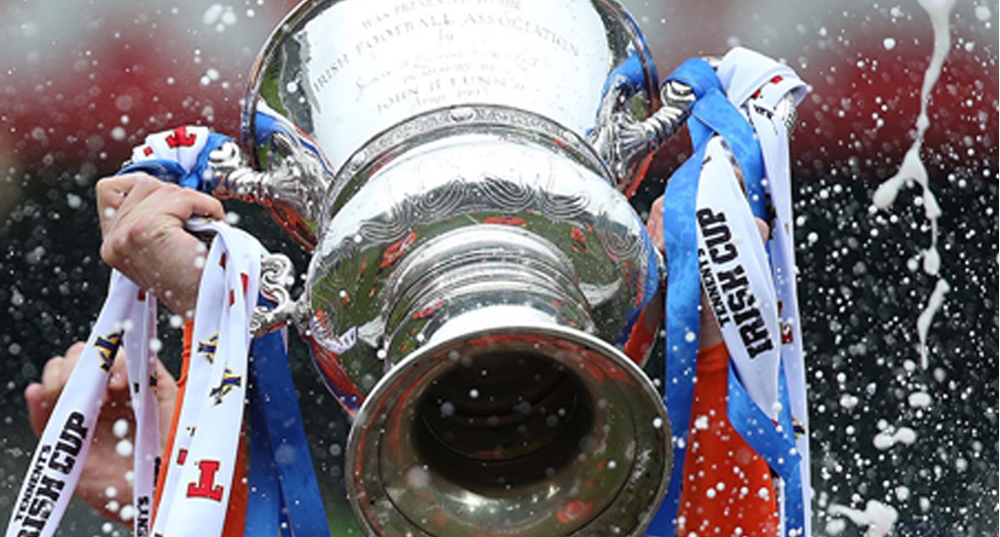 The road to the final at the National Football Stadium at Windsor Park takes another twist and turn this weekend with the Fourth Round of the Tennent's Irish Cup.

The 16 intermediate clubs still in the competition will be hoping to overcome one last hurdle before getting the chance to lock horns with senior opposition when they enter the fray in the next round.

The Whites got the season off to a storming start with four successive victories before going an indifferent phase but have since regained their footing to move to the top of the table.

Colin McIlwaine's side come up against an Albert Foundry side that will be smarting from a thumping seven-goal defeat to Moyola Park a couple of weeks ago in the Intermediate Cup, the only other time they have met PIL opposition this season. Will they have something to prove perhaps?

There's a North-West derby (and a cup final rehearsal) at Seahaven as Portstewart welcome Maiden City to the seaside.

Portstewart have endured a mixed league campaign to date but have proved to be formidable foes when it comes to the one-off drama of cup football.

Indeed, just a fortnight ago, Gary Taylor's charges defeated Linfield Swifts in the Intermediate Cup and have a festive final to look forward to with Saturday's opponents when they meet again in the Craig Memorial Cup decider.

Maiden City have proved to be no slouches this season either. As well as reaching the aforementioned cup final they have accounted for both Tandragee Rovers and Dollingstown in the earlier rounds to get this far.

Meanwhile, at the Dub, Queen's University host Killyleagh YC, both sides having overcome Banbridge Town and Tobermore United respectively in the last round while Dundela entertain Newcastle at Wilgar Park.

The Duns are unbeaten since the first weekend in September and should be strong favourites against their Co. Down opponents who have only avoided defeat once in their last five outings.

There could be a shock of sorts in Ballymoney if Glebe Rangers get the better of Annagh United at the Riada Stadium. Glebe, now playing in the Ballymena & District Provincial League, have yet to taste defeat this season while Annagh are currently bottom of the NIFL Premier Intermediate.

The rest of the draw sees Moyola Park, winners of the first ever Irish Cup way back in 1880, face Ballywalter Rec. at Mill Meadow while there are two all NAFL Premier games in Crumlin United v. Immaculata and Shankill United v. Crumlin Star.