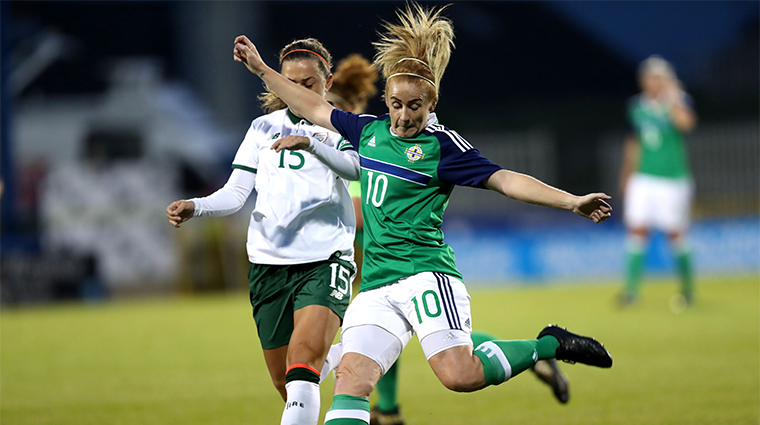 After losing out to Norway (away) and Republic of Ireland (home) in the first two games of their Women’s World Cup France 2019 qualifying campaign, the Senior Women will be aiming to put points on the board when they take on the Slovakians in Zilina next Tuesday (28 November).

The Slovakians have also failed to register a point in Qualifying Group 3 to date so something will have to give at Stadion MSK Zilina (16.30 GMT start). They have also been beaten by both Norway and the Republic. The other team in the group are top seeds Netherlands.

Northern Ireland and Slovakia last met in the Istria Cup in Croatia back in March when the game ended 0-0.