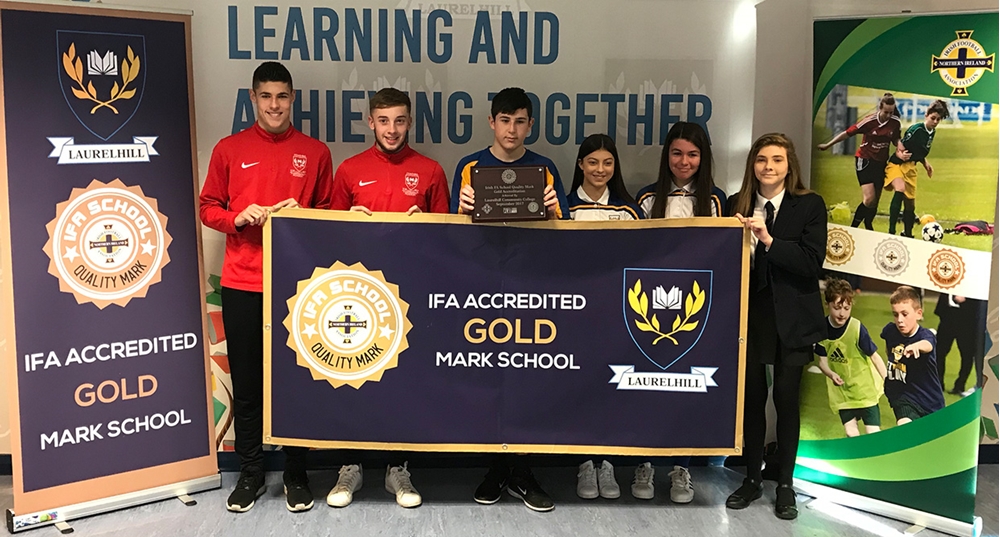 The quality mark, a key component of the association’s Let Them Play strategy, aims to improve structures in primary and post primary schools to allow schools’ football to flourish.

And it was actually first launched in Lisburn-based Laurelhill Community College in January 2016. Schools can receive bronze, silver or gold quality marks.

Teacher Mark Watson is delighted Laurelhill has been recognised for its continued development of football.

He said: “This is the highest achievement that a school can gain. Laurelhill always strives for excellence, not just in the classroom but on the sporting field.

“We offer both A and B teams from years 8 to 14 which compete in the Lisburn League, Belfast and Northern Ireland cup competitions. We also offer girls’ football from U12 to U18 with one team in each year group.

“We have extensive facilities and our gravel pitch is to be converted to a full-size 3G and a nine-a-side 3G next summer. The school has based its approach on participation, however it has had success in schools’ competitions over the years, including winning the NISFA U16 Cup and the IFA U15 Futsal Cup.”