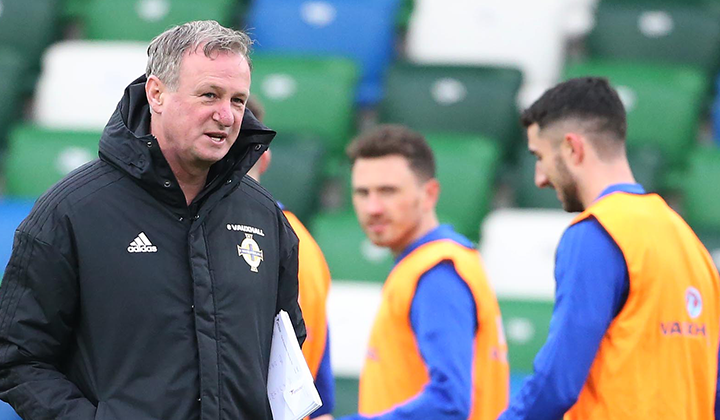 Northern Ireland manager Michael O’Neill says his squad are composed and excited ahead of tomorrow’s FIFA World Cup play-off with Switzerland in Belfast.

O’Neill was speaking at today’s manager and captain’s press conference at the National Football Stadium at Windsor Park.

“It’s going to be massive, the fans energise the team,” said O’Neill.

“We need a high intensity performance here. We need to be disciplined as well.

“It’s important to try to keep a clean sheet if we can and obviously take something to Basel, and give ourselves the opportunity to take a lead to Basel as well.

O’Neill confirmed that both Paddy McNair and Aaron Hughes are training and in contention for tomorrow’s match.

And he’s calling on fans to be as loud as possible come kick-off;

“The fans will play a huge part and we know we’ll get fantastic backing.”

Northern Ireland v Switzerland kicks off at 7.45pm on Thursday and fans are asked to come to the stadium early to help build an amazing atmosphere before the match.