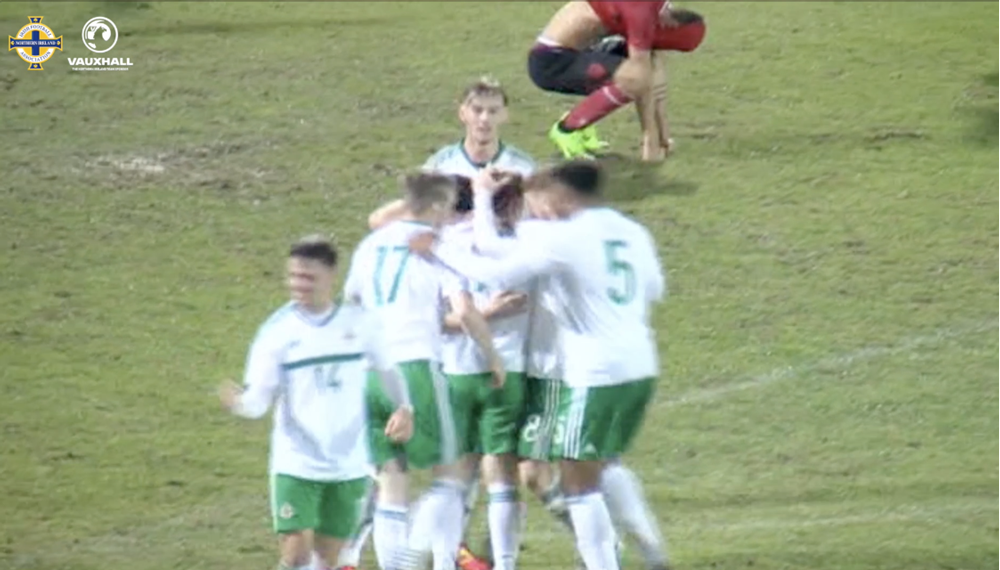 Ian Baraclough's Under-21 side went straight back to the top of Group 2 after a 1-1 draw against Albania.

The manager was thrilled with the result and pointed out that the hard work is about to start as they prepare for double headers against Spain and Iceland.

He said: "When you fall one behind late on you start to think it may not be your night but the lads have shown once again what great spirit they have.

"They galvanised themselves and went forward, even when there were some tired bodies out there. Now we have some really tough games coming up."

Shayne Lavery came on as a second half substitute to score the equaliser and was just happy to be back playing football after a long injury lay-off.

Shayne said: "I've been back about a month now after my injury and I've been coming off the bench to get my sharpness up a bit.

"We were second best to be fair, obviously we wanted more from the game but we are just happy to get the result and I'm buzzing to have got the goal."

Watch what else Ian and Shayne had to say and highlights of the game by clicking on the video at the top of the page.

You can read a full match report from Albania vs Northern Ireland by CLICKING HERE.