Learn a little about Switzerland ahead of our trip to Basel 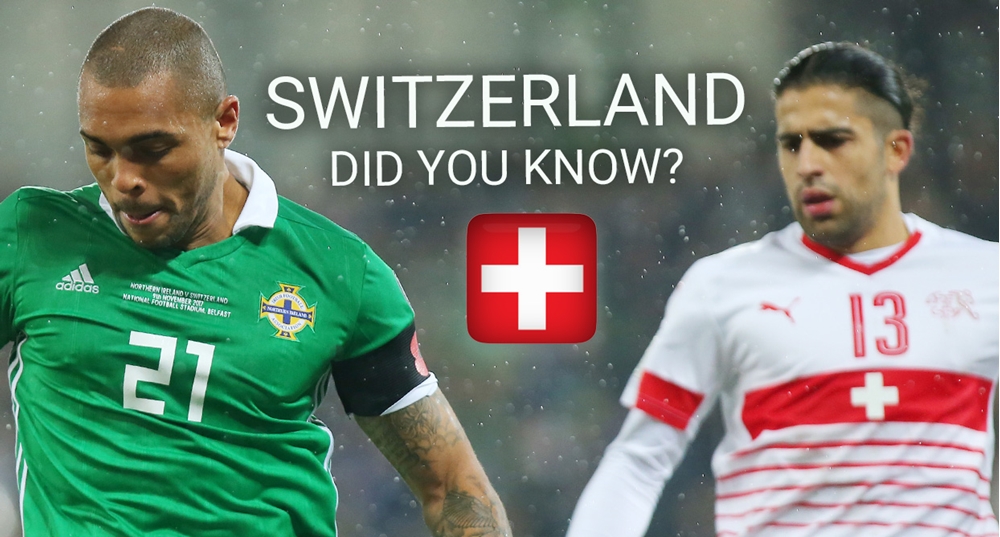 Northern Ireland are about to play one of the biggest games in our history and need to beat Switzerland in Basel to qualify for next summer's FIFA World Cup finals in Russia.

What better way to prepare for the game against the Swiss than to research exactly what they’re famous for? For example, did you know Switzerland invented Velcro? Some of you may find that to be a bit of a rip off.

Here’s some facts about Switzerland that you may not have known:

-       Switzerland supplies the coffee machines for more than 21,000 Starbucks shops across the globe

-       Swiss citizens are required to own a bomb shelter – there are more than 8,000 built into the natural surroundings

-       It is prohibited to own a ‘social animal’ unless you have two of them – this would include guinea pigs, mice, ferrets, fish, canaries and pigs

-       There is a political party called the Anti Powerpoint Party. It works towards decreasing the use of Powerpoint in professional presentations.

-       If you’re in Switzerland you may notice it being abbreviated to CH because of its Latin name, ‘Confoederatio Helvetica’ – which is where the font Helvetica comes from

-       There is a giant three-legged chair in Geneva, Switzerland

Northern Ireland play Switzerland in a FIFA World Cup Play-off second leg today, Sunday 12 November. You can follow the game on all our social media channels.