Callaghan in upbeat mood ahead of World Cup qualifier 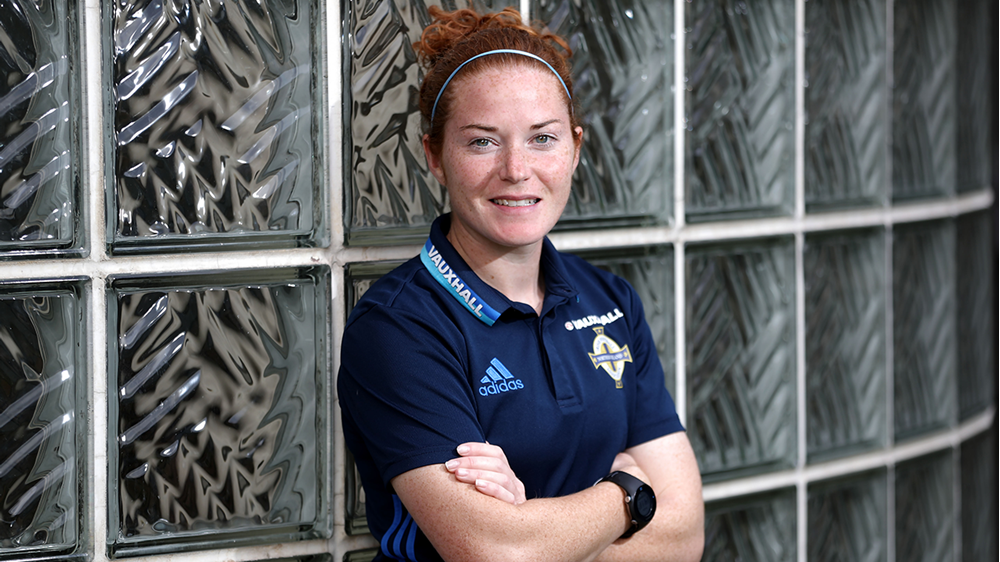 Northern Ireland Senior Women captain Marissa Callaghan believes the team can “get a result” against Slovakia next week.

And she insists Alfie Wylie’s squad are “positive and focused” ahead of their World Cup qualifier in Zilina on Tuesday.

She said: “We were disappointed after the Republic of Ireland game (2-0 defeat in Lurgan). We should have been more positive and got a better result, but you have to move on. And we are relaxed, positive and focused for the Slovakia game.”

The captain said Alfie Wylie and his coaches have been analysing how Slovakia play.

“We need to use our strengths and exploit their weaknesses. I really believe we can get a result if we approach the game with the right mentality,” said Callaghan.

The captain feels the squad has been freshened up by the inclusion of younger players who have been performing well at under-17 and under-19 level. Seven players from those age groups joined in with training this week and at least four of them will be in the travelling party to Slovakia.

“It’s amazing having the younger players in. I have seen a big improvement in them over the past 12 months. They have not looked out of place and have settled in well. They have definitely brought a freshness to the squad,” she said.

And the midfielder added: “There’s no doubt we are in a tough group this time. However, we can only get better and I see a great future ahead for us.”

Slovakia lost at home to Netherlands, the top seeds in the group, by five goals to nil last night, which should add to Northern Ireland’s belief they can take something from next week’s game.