Schoolboys’ side aiming to finish year on a high 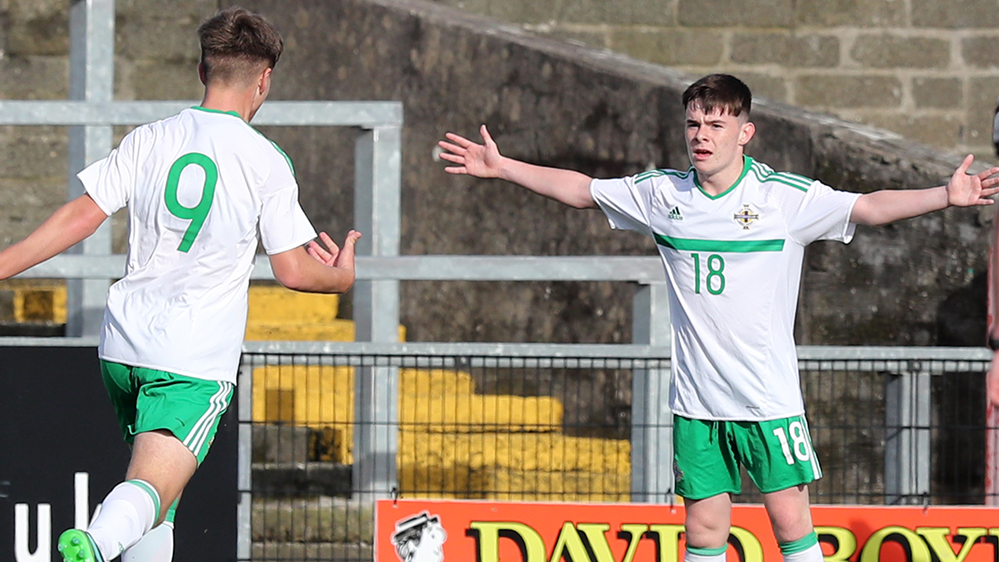 Northern Ireland’s U16s will bring a positive year to a close with a couple of games against Poland next week.

The first encounter of the double header will see the Schoolboys’ side take on the Poles at Queen’s University’s Dub complex in south Belfast on Tuesday (28 November) with a 2pm start.

The second match is being staged at Stangmore Park in Dungannon next Thursday (30 Nov) at 3pm.

The Schoolboys’ side have notched up four victories and four draws during 2017 – and have only suffered defeat at the hands of Brazil and the Republic of Ireland.

They will be aiming to end the year on a high and head coach Darren Murphy has named a panel for the games against Poland which is along similar lines to the one that contested last month’s Victory Shield tournament, during which they registered two wins (against Scotland and Wales) and one defeat (to the Republic).

The one new face in the squad is Glentoran midfielder Charlie Lindsay, who will only turn 14 in January.

Murphy revealed Lindsay, whom he described as “a special talent”, has been training with older age groups in the Club NI programme in recent times.

“His call-up to the under-16s is reward for a lot of hard work and effort on his part,” said the Irish FA elite performance coach.