Defender plays for national team after passing of grandmother 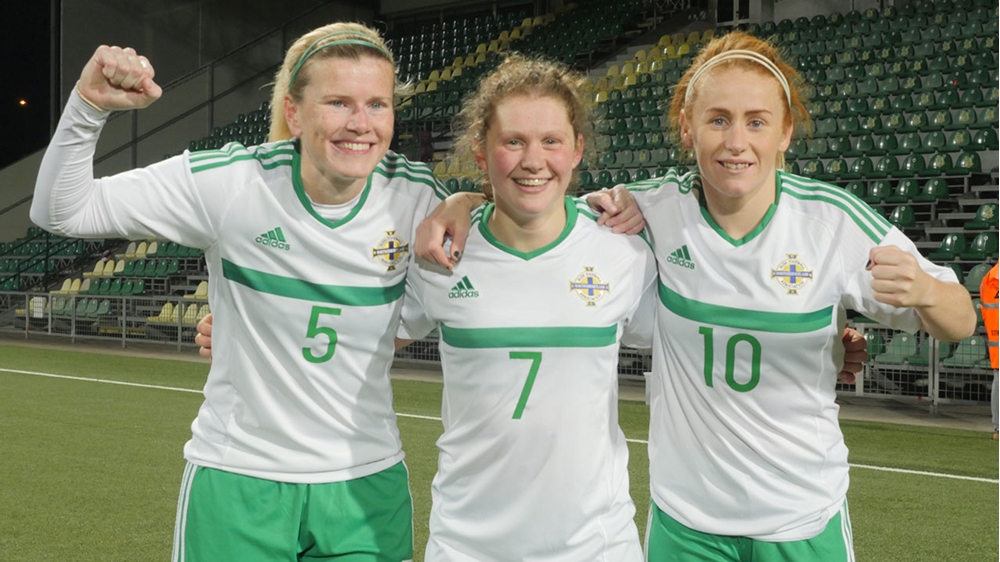 Northern Ireland defender Julie Nelson ended a tough week by notching a goal in the 3-1 win against Slovakia.

Nelson flew out the day before the match to join her team-mates following the passing of her grandmother. And she not only played the 90 minutes but also scored the opening goal before two further goals from Rachel Furness and Caragh Milligan sealed the three points.

Nelson revealed: "Yeah, it's been a difficult week for me and my family with my grandmother passing away. It's been difficult for me but I'm glad to be here with my team-mates and get on the scoresheet to help us to victory."

Manager Alfie Wylie also praised the central defender, who is one of his longest serving players. He said: "I'm so delighted for her. Julie has had a hard weekend. She was late getting here after attending the funeral. It's hard to come back and put in the performance she did tonight.

"To score a goal for Northern Ireland and play as well as she did just speaks volumes about the character of this squad."

To hear more about the win in Zilina and view the goals watch the video above.