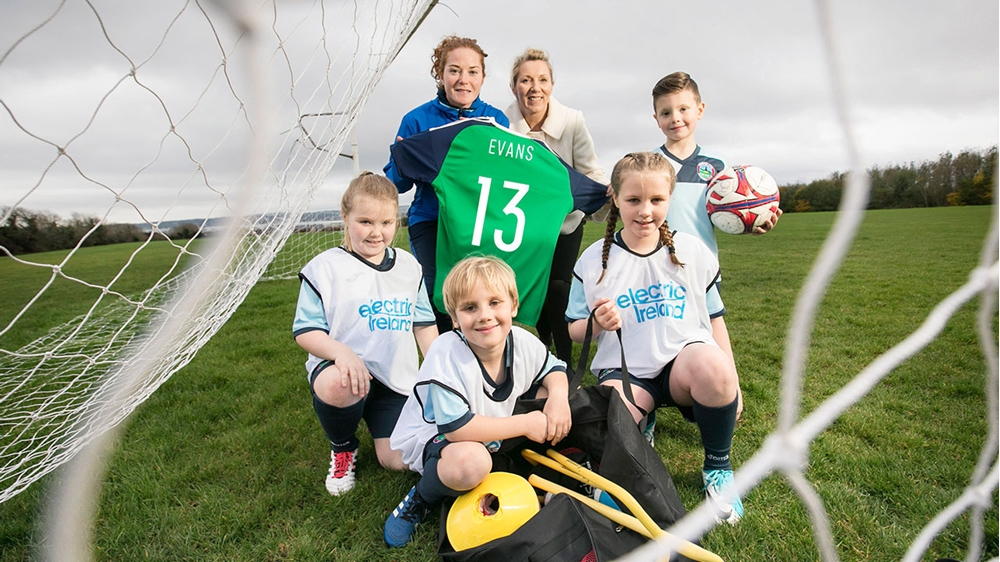 One of Northern Ireland’s best-known footballers has given his backing to Electric Ireland’s new initiative to support grassroots football clubs.

From today every time a customer switches to Electric Ireland online or over the phone and nominates a club under Club Game Changers that club will receive £25.

This funding will go towards new equipment, football kits, bus journeys etc for local clubs and will help build strong foundations within the clubs, allowing them to grow as both a club and as a community.

Commenting on Club Game Changers, Corry Evans said: “We all started somewhere and we all know that it is the power of communities pulling together that makes local clubs successful.

"This scheme is certainly an easy way of raising money for local grassroots football clubs supporting them in giving our future heroes an opportunity to achieve their goals.

"All that parents and supporters need to do to benefit is go online, switch and nominate their local club – it really is as simple as that!”

Commenting on the scheme, Michael said: “We see daily how dedicated parents are to their children’s sport, supporting them pitch side, running them to training etc and of course contributing to their club’s funds.

"This initiative is a super way for parents to contribute in a simple way that will greatly benefit their club.”

“The Club Game Changers scheme offers clubs the opportunity to give something back to the young footballers who aspire to one day be like Corry. It is a step in the right direction for the development of the game in Northern Ireland.”

Electric Ireland partnered with the Irish FA earlier this year to support women’s football across Northern Ireland at all levels and boost female football participation rates through their Game Changers campaign.

At the time, when the company was also announced as energy partner to the IFA, Electric Ireland promised it would be an innovative partner who would demonstrate passion for the game.

According to Electric Ireland’s Sales and Marketing Manager, Clare McAllister, Club Game Changers is an example of that innovation: “This campaign highlights our passionate commitment to the community and to championing local football, inspiring the next generation of local footballing talent.

"We want to continue changing the game for local communities and clubs and by offering this simple, smart way of supporting local teams we hope to do just that.”

How to use Club Game Changers Initiative