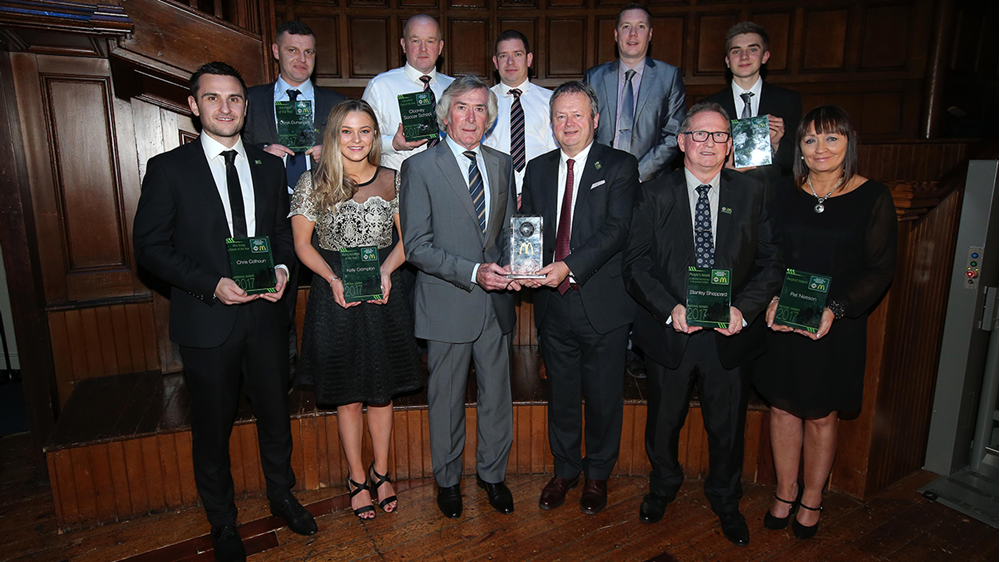 The awards, now in their 16th year, recognise the incredible work and commitment of volunteers within grassroots football in Northern Ireland.

The presentation ceremony took place this evening at the Guildhall in Derry-Londonderry. More than 180 guests were there to celebrate and recognise the highest ever number of nominations across nine regional and national award categories.

The People’s Award For Outstanding Contribution To Football recognised Stanley Sheppard’s 30-plus years of coaching and administration of grassroots football clubs.

He currently works with the Lisburn Junior Invitational Football League where he is up at 6am on a matchday checking the pitches and ensuring the league goes ahead every Saturday.

Other winners on the night included McDonald’s Football Mum of the Year Donna Maxwell, who has been pivotal to the growth of girls’ football at Belfast Swifts FC for a number of years, and Volunteer of the Year Derek Dunwoody, who has dedicated his time over many years to Belfast-based Shankill Juniors and the surrounding community.

Kelly Crompton and Stephen Newell were named Young Volunteers of the Year. Kelly joined Sion Swifts aged four and has gone on to coach the North-West club’s Little Dribblers section and its SionSonics disability section. Stephen sacrifices his spare time to help coach at U11 and U12 levels at Annalong Rovers in Co Down.

Derry-based Oxford Bulls FC picked up the Disability Club of the Year gong. Set up to provide inclusive football for children with disabilities, they have a core team of 12 - aged eight to 20 - who train at the CK centre in Derry.

Clooney Soccer School, also based in Derry, was named Accredited Club of the Year. The club encourages young footballers to have fun while learning how to play the game at their new indoor facility.

The McDonald’s Football Restaurant of the Year accolade went to Des Lamph, the franchisee of the McDonald’s in the Westwood Centre in west Belfast.

Finally, the Wes Gregg Coach of the Year trophy was awarded to Chris Colhoun of Mountjoy Juniors FC, which is based near Omagh in Co Tyrone. As coach of the 2004 group he has had a superb 12 months on and off the pitch, with players travelling from far and wide every week to play competitive football.

To see more from the evening at the Guild Hall, check out our photo gallery below. 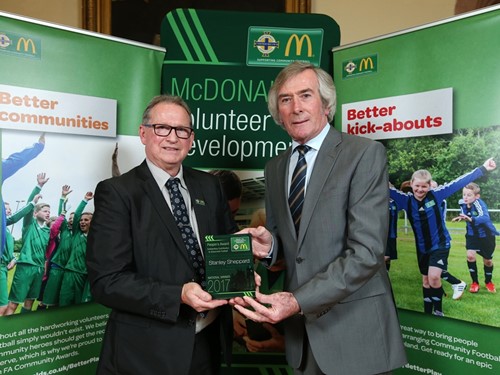 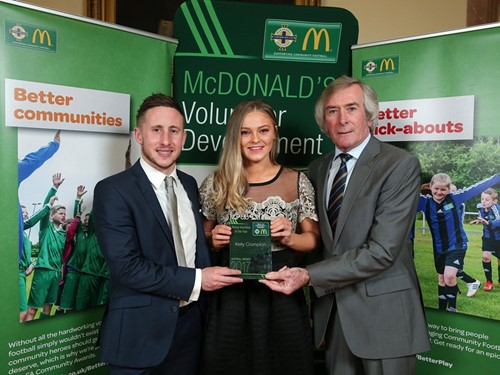 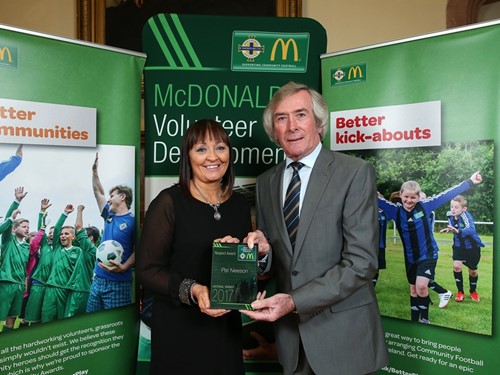 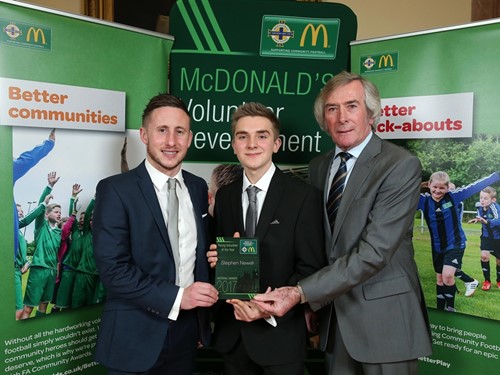 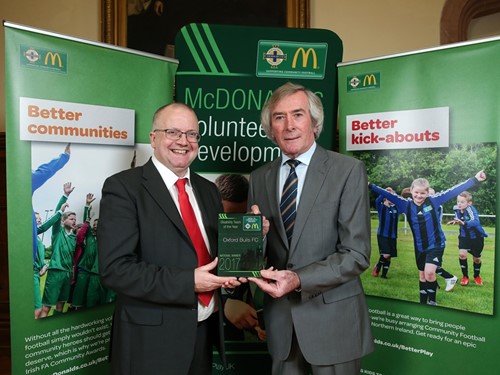 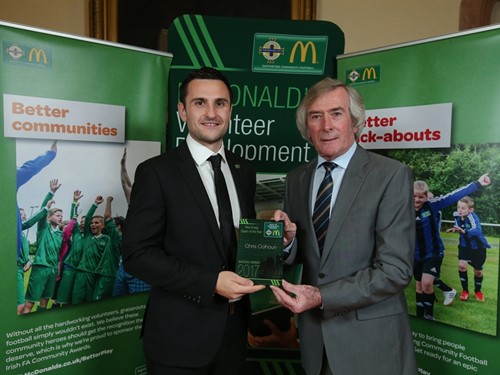 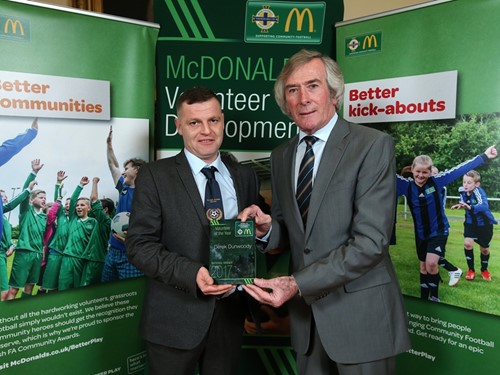 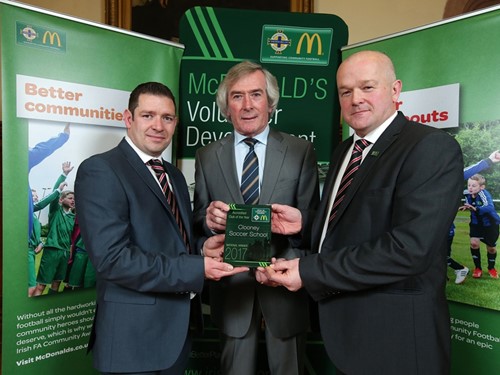 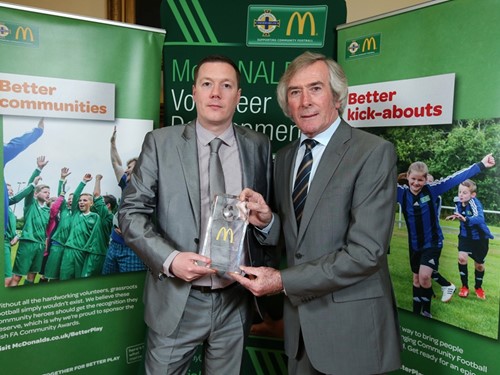 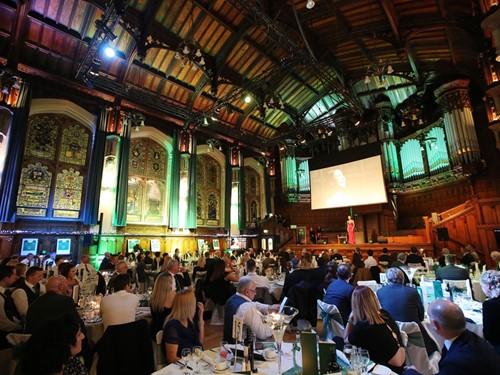 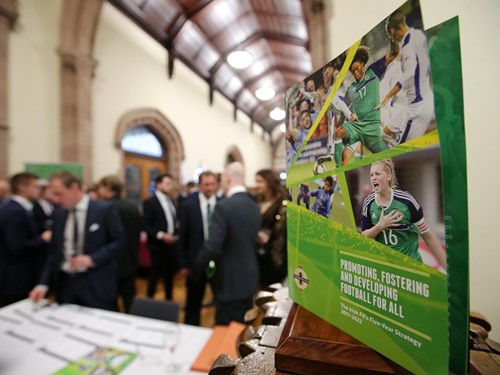 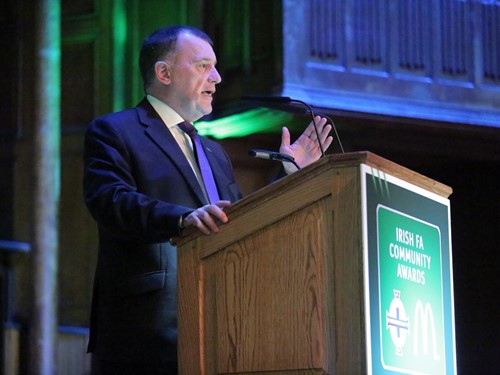 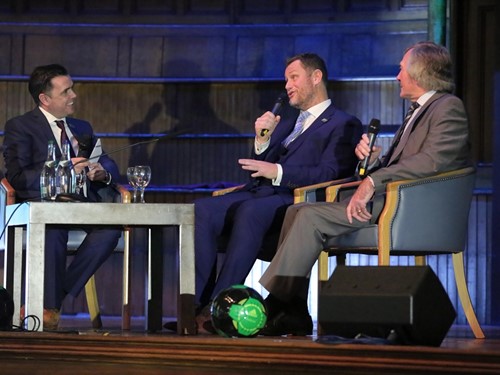 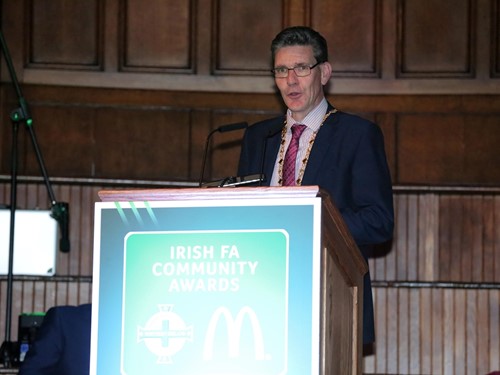 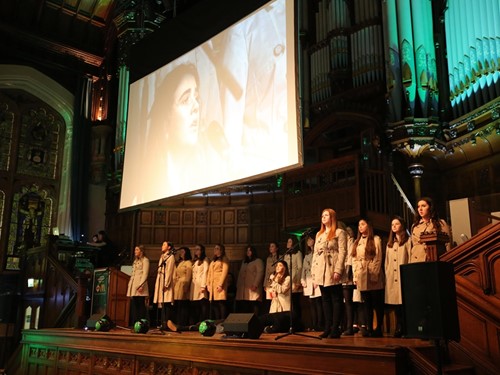 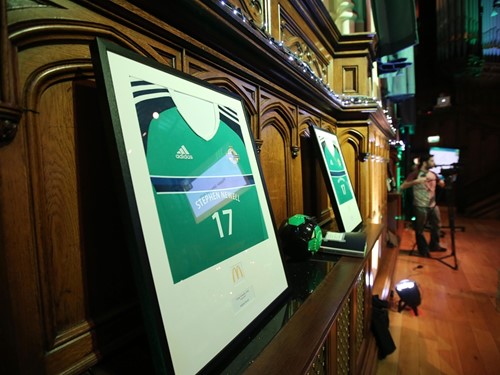 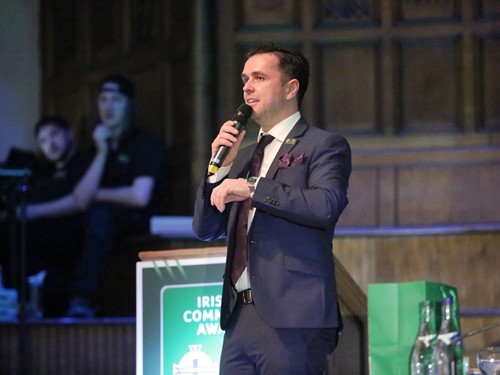 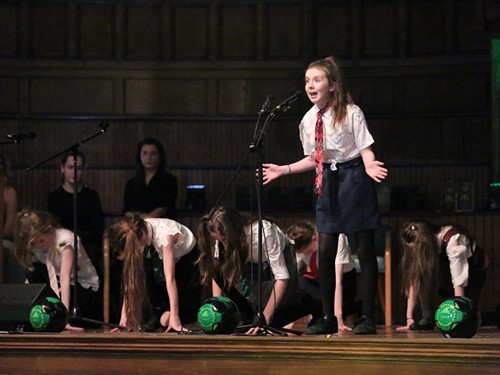 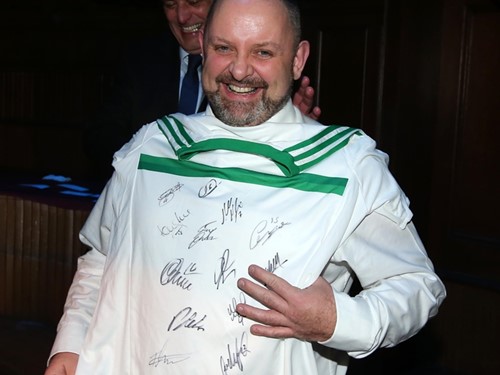