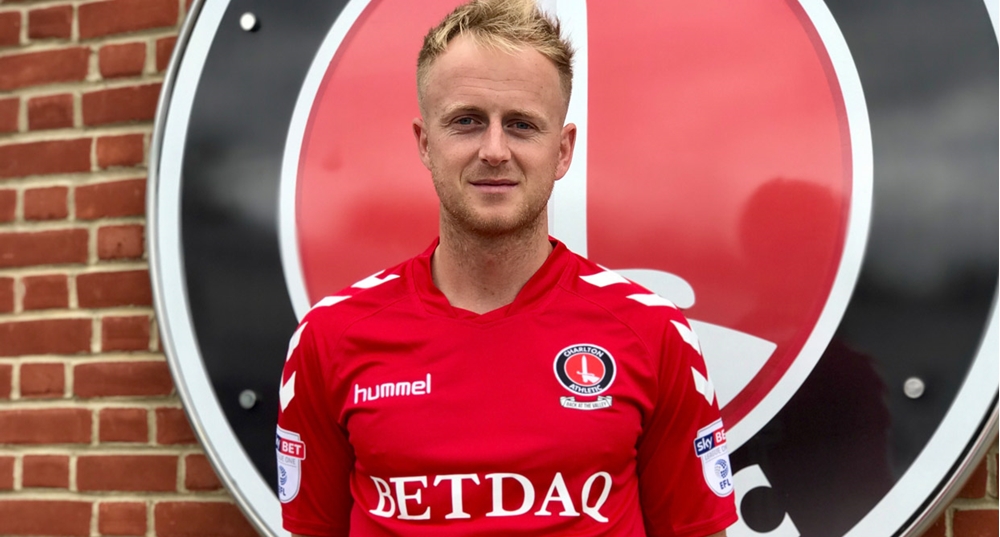 Northern Ireland midfielder Ben Reeves fired Charlton Athletic into the second round of the FA Cup with a two-goal blast as the League One side won 3-1 against non-league Truro City at the Valley yesterday.

Reeves, who joined the south-London club from MK Dons in the summer, has had a tough time with injury but he feels he is now working his way back to full fitness and beginning to regain some form.

“The main thing was for me to find my feet a little bit in these games,” said Reeves, who has now scored three goals in his last two outings for the Addicks, “Obviously, it’s been a disappointing start to the season but hopefully now I can kick on and this is just the start of it.

“It’ll be nice if I can keep this tally up but the most important thing for us is the results in the league.

“I’ll be fighting to force my way in and I’m sure the rest of the boys will too. The main thing is, we stick together and do it as a team.”

Charlton boss Karl Robinson elected to rest striker Josh Magennis from FA Cup duty stating ahead of the game: “Josh Magennis is about to play two of the biggest games of his life for Northern Ireland, so he won't be involved on Sunday.”

Elsewhere in the competition, Corry Evans started his first game since the end of September as Blackburn Rovers progressed to the next round following a 3-1 win over League Two Barnet at Ewood Park.

Striker Will Grigg made his comeback from a hamstring injury as a substitute in Wigan’s hard-fought 2-1 victory over Crawley Town, while under-19 international Danny Amos was on the bench for Doncaster Rovers who thumped National League outfit Ebbsfleet United 6-2 at Stonebridge Road.

In the Championship both Conor McLaughlin and George Saville came through Millwall’s 1-0 home defeat to Burton Albion unscathed as did Matty Lund and Tom Flanagan who were in the visitors starting eleven.

“Shane was ill,” stated Harris, “He was struggling after the game the other night. He’s been ill for the last couple of days."

Also in the Championship, Paddy McNair made his first start for Sunderland in nearly a year as the Black Cats lost at Middlesbrough while Jamie Ward was given just a four-minute run-out in Nottingham Forest’s 4-0 success over QPR for whom Conor Washington played the full ninety minutes.

Meanwhile, in the Premier League, international skipper Steven Davis, who will be winning his 100th cap on Thursday evening, played in Southampton’s 1-0 reverse at home to Burnley.

The much sought after Jonny Evans was partnered at the heart of the West Brom defence by Gareth McAuley as the Baggies made it ten games without a win following their single goal defeat at newly promoted Huddersfield Town.

Finally, in Scotland, there was a debut for Northern Ireland under-21 international midfielder Kyle McClean who came on as a 76th minute substitute in St Johnstone’s 4-0 loss at home to Brendan Rogers’ unbeaten Celtic side.