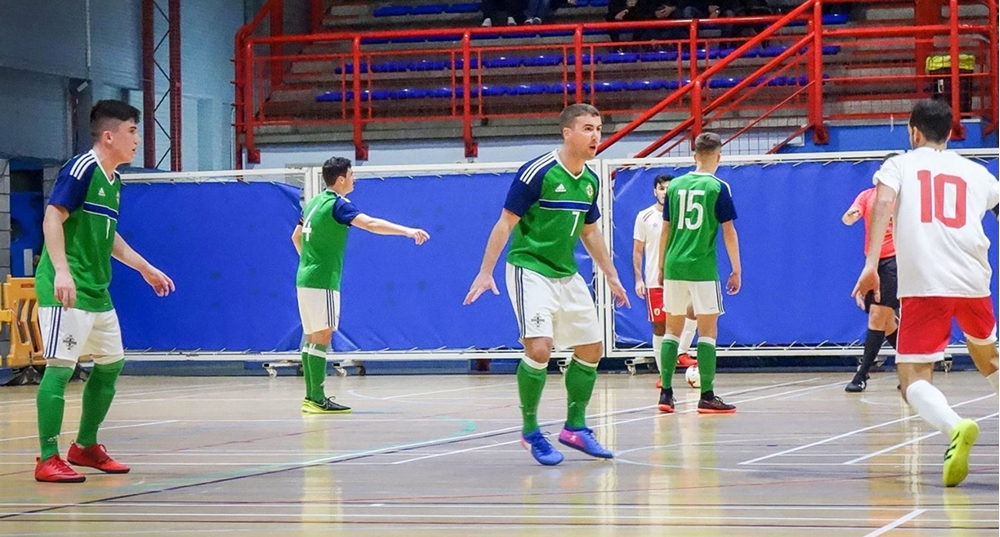 Northern Ireland futsal team boss Jonathan Michael is confident lessons will be learned by his side after they suffered back to back defeats in Gibraltar at the weekend.

The double header against the Gibraltarians acted as a warm-up for the Home Nations Championship, which begins in Edinburgh on Friday.

But despite 6-5 and 3-1 defeats on the Rock, Michael believes the experience will galvanise the squad and help with their ongoing development as futsal players.

“At times futsal can be a cruel game but the team will need to be more clinical in front of goal in the future to capitalise on their opportunities and ensure opposition are not given chances to get back into games,” he said.

Both friendly games at the Gibraltar Tercentenary Sports Hall were tight affairs and Michael felt they could have gone either way.

In the first game Jack Magee gave Northern Ireland the lead after four minutes, the Belfast United player smashing the ball home from a central area on his debut.

However, Gibraltar then scored twice in quick succession to take the lead before the half-time whistle.

Early in the second half Conor Glenholmes levelled the scores with a neat finish at the back post before Millar scored again with a neat chip to make it 4-3.

The home side then pulled level again before Northern Ireland gave away their sixth foul, which resulted in a penalty from 10 metres for Gibraltar which they slotted home. And their sixth goal came with two minutes left on the clock.

Northern Ireland continued to battle to the end. Glenholmes scored his second of the night and his fifth international goal as he showed great composure at the back post following some good work from Scott Gunn.

There was no time left, however, to find an equaliser and the hosts ran out 6-5 winners.

Game two was a more defensive contest. Both sides had chances in the early stages but failed to find the net. Then, in the eighth minute, Gibraltar’s Ian Rodriguez squared up to Gunn and dragged him to the ground. Remarkably the referee showed a red card to both players, putting both teams down to four players for two minutes.

Seven minutes into the second half Northern Ireland lost their pivot Connor Millar to an ankle injury.

It was a setback which led to a tactical switch, however Northern Ireland continued to press and deservedly took the lead when Craig Taylor scored with a sweet left foot strike from outside the area.

A few minutes later the home side conjured up an equaliser through their captain Andrew Lopez.

The Gibraltar keeper subsequently pulled off a string of fine saves - Gould, Verenka, Taylor and Magee all had decent efforts - to keep his side in it.

And Northern Ireland were hit by a sucker punch with four minutes to go when a series of quick one touch passes across the Northern Ireland D resulted in El Andaloussi finding space at the back post to fire home.

Northern Ireland rallied again and Donaghy, Glenholmes and Pierce all came close to finding the equaliser.

Gibraltar then conceded a 10-metre penalty after committing a sixth foul, however Glenholmes blasted the spot kick high over the bar.

With less than 90 seconds to go Northern Ireland pushed up their goalkeeper as they searched for an equaliser. However, a miscontrol by a Northern Ireland player resulted in Gibraltar’s Robba firing into an open net within his own half to make it 3-1 – and that’s how it finished.

Northern Ireland will now regroup for the Futsal Home Nations Championship in Edinburgh. They begin their campaign against Scotland on Friday (1December, kick-off 19.30) followed by England on Saturday (14.30) and Wales on Sunday (13.00).

You can watch some highlights of the goals scored by the Northern Ireland futsal team by clicking on the image at the top of the page. A gallery of images from the games against Gibraltar can be viewed below. 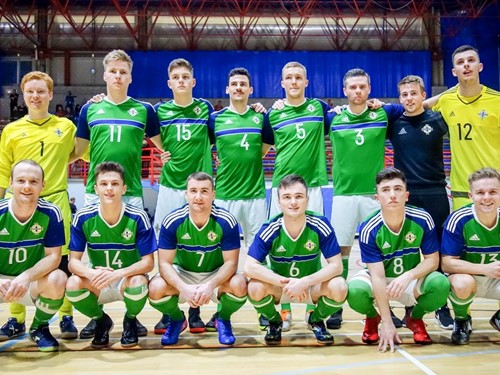 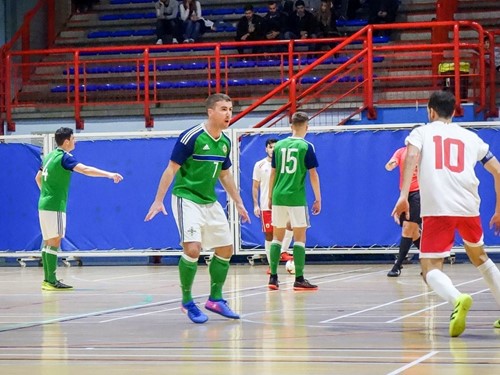 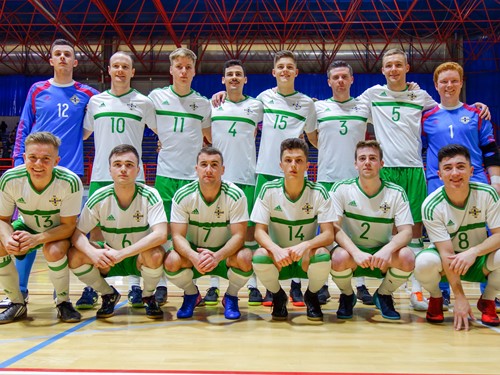 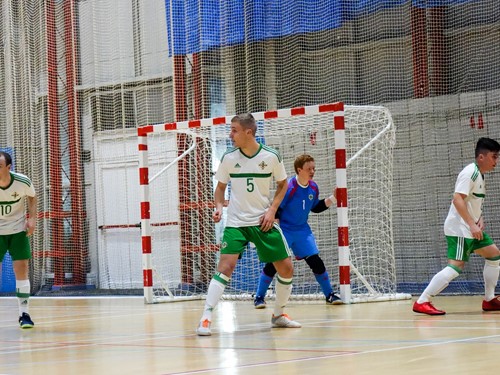 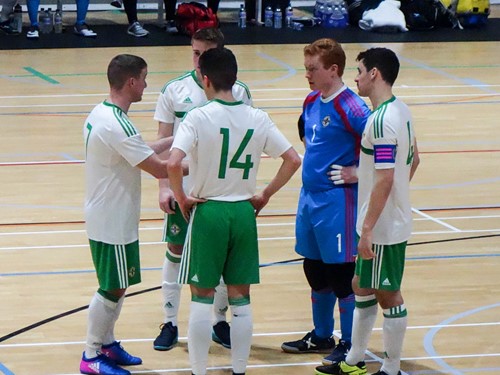 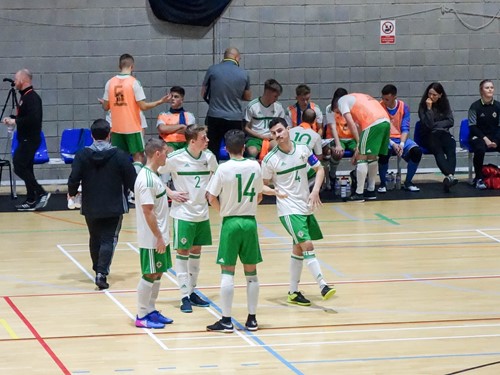 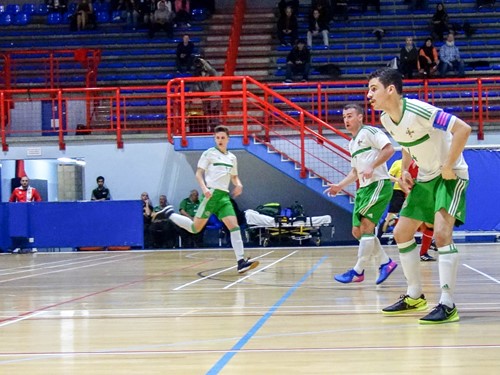