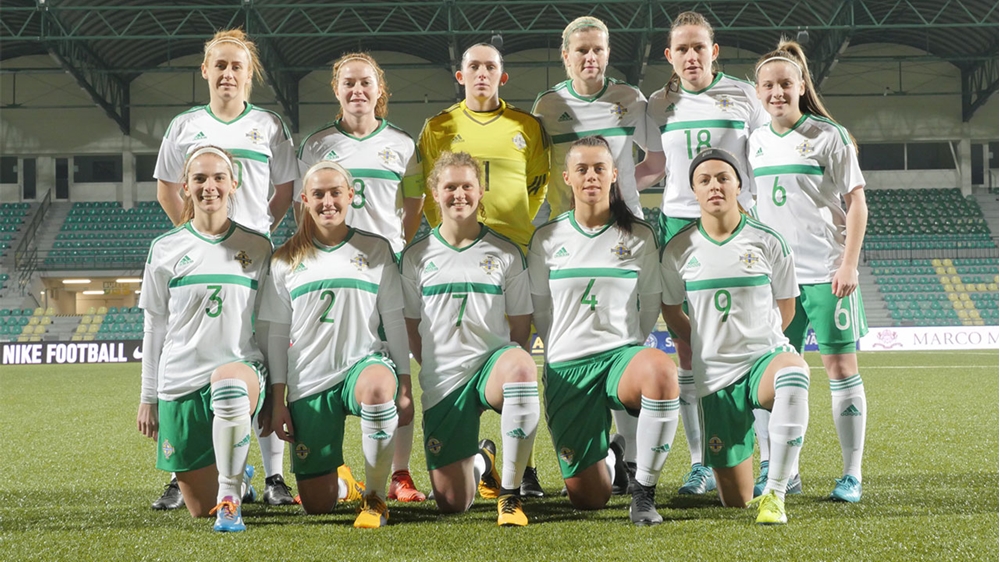 Northern Ireland claimed a first win in their 2019 FIFA Women's World Cup qualifying campaign with a 3-1 victory over Slovakia in Zilina.

Goals from Julie Nelson, Rachel Furness and Caragh Milligan sealed the deserved victory for the Senior Women as they battled back after going behind from a Jana Vojtekova strike.

Alfie Wylie handed senior debuts to Megan Bell and Madison Guy along with a return for Sarah McFadden, whose last game was in November 2016.

Northern Ireland started the brighter and Simone Magill nearly got on the end of a through ball from Furness. This was quickly followed by a chance for Laura Rafferty, who saw her header go inches over the bar.

However it was Slovakia who took the lead as Vojtekova was left unmarked in the box to tap home from close range after 20 minutes.

Northern Ireland responded by carving out a great opportunity. Furness was once again the architect as her run opened up space for a shot on goal but the striker was brought down right on the edge of the box. She stepped up to take the free-kick and her strike bounced back off the post.

Then some fortune did arrive for Wylie's side. Marissa Callaghan was beaten to a through ball but the covering defender passed it back to the Slovakian keeper, who lifted the ball. The referee had no choice but to award an indirect free-kick for the handling offence. Nelson confidently stepped up and smashed the ball through a sea of legs into the bottom corner from seven yards to make it one apiece.

Northern Ireland enjoyed a great start to the second half when Furness put them into the lead on 52 minutes. A cross came in and the striker gambled to beat Slovakia keeper Lucia El-Dahaibiova to the ball and nodded it powerfully home.

Nine minutes later Alfie Wylie's side grabbed their third. Again Furness was in the thick of the action. Her cross was met by Milligan who notched her second goal of the World Cup qualifying campaign by bundling the ball into the net.

The 3-1 victory saw Northern Ireland cement fourth place in the group on three points from three games, while Slovakia are rock bottom of Qualifying Group 3 with no points from four games.