Three generations of the Smyth family 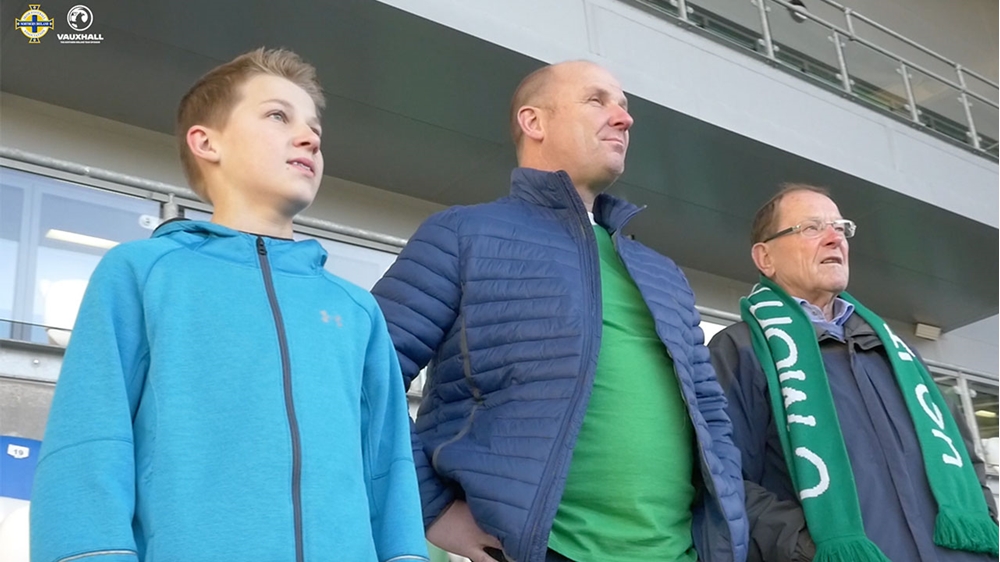 Three generations of the Smyth family will be in attendance at Northern Ireland's World Cup Play-Off with Switzerland.

Billy Smyth, Jackie Smyth and Cameron Smyth will be in the East Stand and it is now time for Cameron, aged 13, to see Northern Ireland attempt to qualify for a FIFA World Cup.

Grandad Billy Smyth was at the game as we beat Italy to qualify for the 1958 World Cup, whilst Dad Jackie attended the 1982 World Cup qualifier against Israel as Gerry Armstrong scored to take us to Espana 82.

Watch the video above to see their memories and how Cameron hopes to follow in their footsteps.

Whether you are at the games, or watching at home, make sure you are behind the team as we aim to make history!