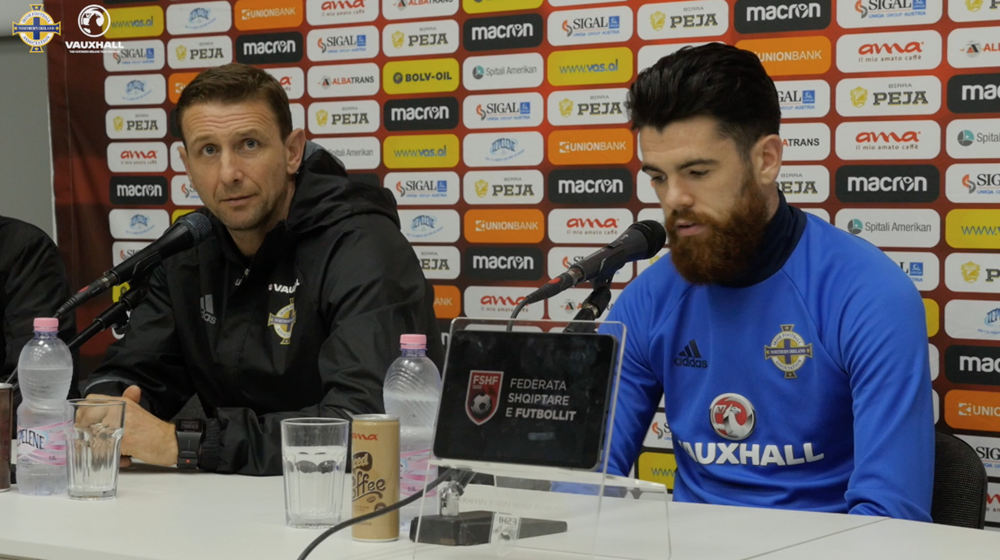 Northern Ireland U21s are taking on Albania at the Selman Stadium in their UEFA European Under 21 Championship match within Group 2.

The Under-21s have won three out of their four group games so far and sit second to Spain in the table by only two goals in goal difference, level on nine points each with the European giants.

Manager Ian Baraclough feels as though there are still plenty of points on offer for his team although the hard work is only beginning.

He said, “I look at the group of players we have here and I think we can go and get more points in the group.

The squad have been training in Albania ahead of the match tonight, Friday 10 November and Under-21 captain Liam Donnelly told us how important it will be to try to maintain their fantastic run of form.

Liam said "The manager has come in and he has done a great job, we are all working together, playing well and have won three out of four matches.

You can watch more from the interview at the Albanian press conference with manager Ian Baraclough and captain Liam Donnelly  by clicking the video at the top of the page.

Albania vs Northern Ireland will take place on Friday 10 November at 5:00PM GMT in the Selman Stadium and you can follow the game with our live updates on Twitter at @NorthernIreland .