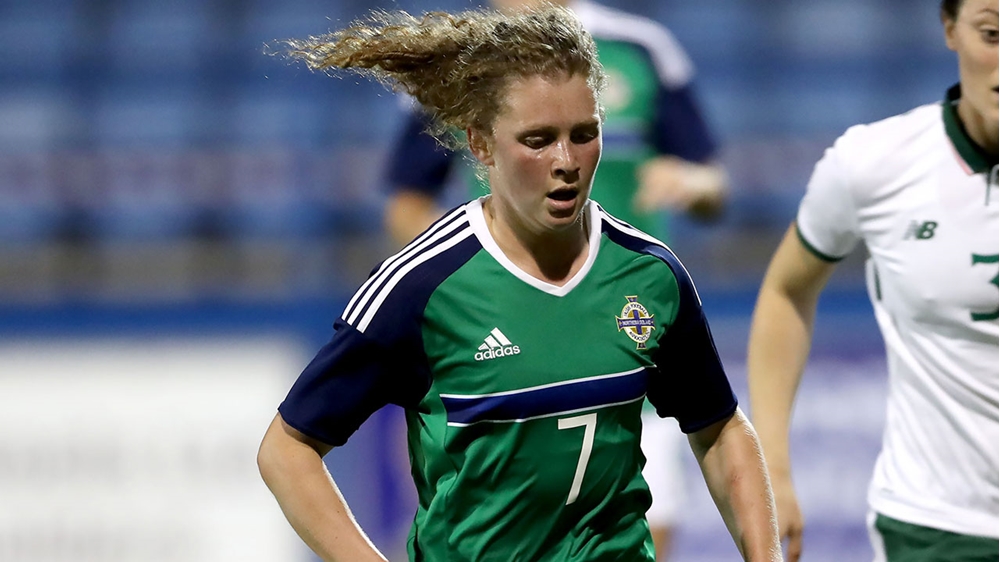 Both Northern Ireland and Slovakia will be aiming to get their first Women’s World Cup 2019 qualification points on the board when they clash in Zilina today.

Slovakia are bottom of Qualifying Group 3 after three defeats, while Northern Ireland have registered two losses in their two matches to date - against Norway (4-1 away) and Republic of Ireland (2-0 at home).

Despite defeats to Norway (6-1 away) and Republic of Ireland (2-0 at home), and a further loss to group favourites Netherlands (5-0 at home) on Friday, Slovakia will be a tough proposition, according to Northern Ireland Senior Women head coach Alfie Wylie.

He pointed out the Slovakians had 70% possession against the Republic but lost out 2-0.

“They have quality players and it will be very difficult against them, however we will try and get at them. I have no doubt we will give a good account of ourselves,” he said.

Wylie further revealed training sessions in the build-up to tomorrow’s game have “been good with a good tempo”.

He pointed out the inclusion of Under-19 players Lauren Perry, Brenna McPartlan and Megan Bell, plus U17 winger Rebecca McKenna, has brought youthful enthusiasm to the squad.

U19 players Louise McDaniel and Yasmin White, plus Kelsie Burrows from the U17s, also trained with the squad last week.

“The younger girls have not looked out of place. Hopefully the experience will help to prepare them for the future. They are certainly good enough to be here,” said the head coach.

“Their inclusion shows our regional excellence programmes are developing players for the senior international team. The investment by the Irish FA in the U19s and U17s is definitely bearing fruit.”

He also explained Noel Mitchell, who coached the U19s during the Women’s U19 Euros back in the summer, is now working with the seniors.

Meanwhile, the return of an experienced player, Sarah McFadden, has provided a further boost. Just eight weeks after giving birth to baby daughter Harper, the Durham Ladies midfielder is enjoying being back in the international panel after an absence of over 12 months.

Northern Ireland and Slovakia last met in the Istria Cup in Croatia back in March when the game ended 0-0.

The Qualifying Group 3 encounter at Stadion MSK Zilina kicks off at 16.30 GMT.