It was a deserved victory, says manager Alfie Wylie 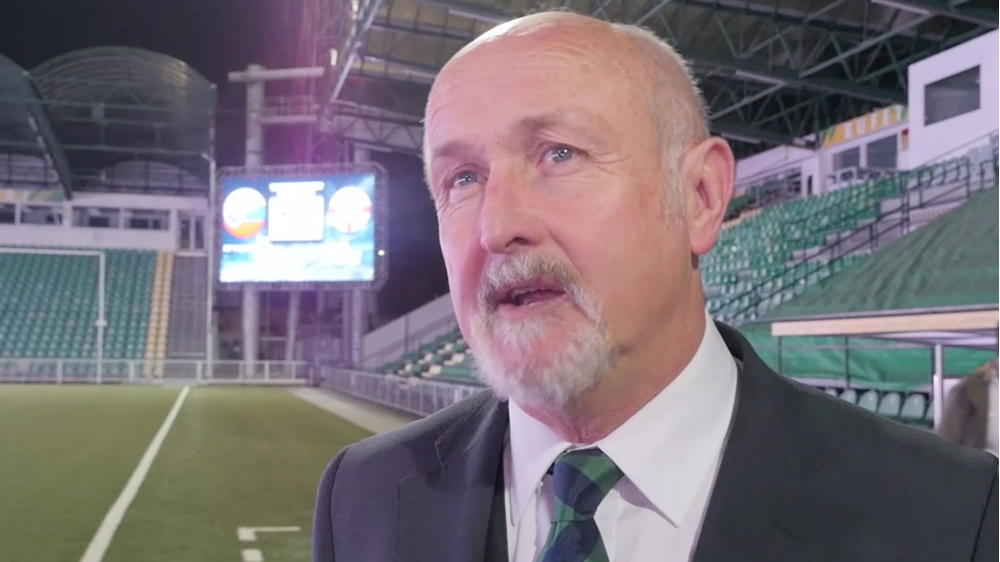 Senior Women's manager Alfie Wylie was pleased for his team after they got their first win of the 2019 FIFA Women's World Cup qualifying campaign.

After defeats in their opening two qualifiers against Norway and the Republic of Ireland, Wylie was delighted with the performance in Slovakia.

He said: "Personally the win means an awful lot and for the girls it's fantastic for them. We've come to Slovakia, a team 20 places above us in the rankings, and we've won 3-1. And the scoreline didn't flatter us.

"It means so much to everyone as the girls have worked fantastically since we met up last Wednesday and with all the support of the Irish FA we just hope we have repaid everyone who helps us tonight."

Even when going 1-0 down while on top in the game, the Senior Women didn't change their style and were rewarded with an equaliser before half-time followed by two second half goals which sealed the three points.

Wylie believes such spirit says a lot about his team. He said: "It shows that desire to want to play for Northern Ireland. They are all ambassadors and they know what that means. They didn't want to let anybody down tonight.

"Tonight the girls showed this is the real Northern Ireland and the girls wanted to prove a point and show just how good they are."

To hear more from the manager about the debuts of Megan Bell and Madison Guy watch the interview above.