Striker calls on fans to make as much noise as possible 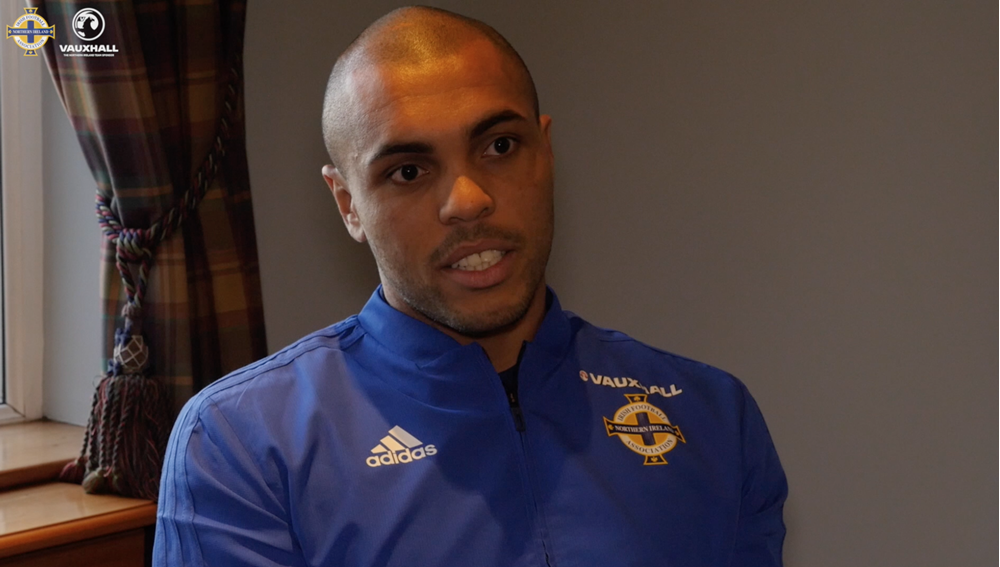 Josh Magennis says that qualifying for the World Cup in Russia would be “absolutely massive” for the country.

The striker goes into this week’s play-off with Switzerland having scored three goals in the last four matches for Northern Ireland, including one against world champions Germany.

And he credits his international teammates for helping with his goalscoring form;

“I’ve been playing with a lot of confidence.

“The guys that I’ve been playing with in my team, especially here at Northern Ireland, the quality that they have and the experience that they have, I knew they would create chances for me, then it’s just up for me to try to score as many as I can.”

Magennis has also called on the fans make as much noise as possible on Thursday night;

“Just take it all in. Come and enjoy yourselves, and as usual make as much noise as you can and make it an absolute fortress like you always have done.”

Click on the image at the top of this page to watch the full interview.

Northern Ireland face Switzerland at the National Football Stadium at Windsor park on Thursday night before travelling to Basel for the second leg of their FIFA World Cup play-off on Sunday.