Norwood hits the net from the penalty spot for Fulham 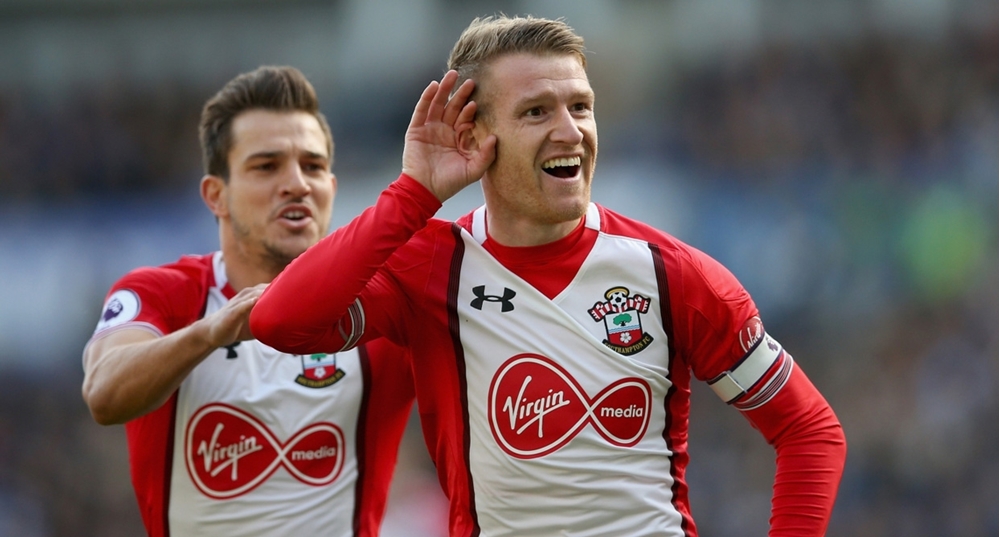 A first-half Ollie Norwood penalty was enough to secure all three points for Fulham in their Championship clash with Millwall at Craven Cottage at the weekend.

The 26-year-old, who has now scored four times for the west-London outfit this term, converted his spot-kick after Millwall defender and international colleague Conor McLaughlin was adjudged to have fouled Rui Fonte inside the box shortly before the break.

Millwall boss Neil Harris thought the Referee’s decision was a harsh one though. He said: “I think what helps the referee give it is that Macca’s (McLaughlin) the wrong side of the player.  But contact is minimal the player (Rui Fonte) clearly throws himself at an angle on the floor to highlight the contact.”

Wigan Athletic’s Will Grigg and Alex Bruce were both on target as the Latics moved to the summit in League One after an impressive 3-1 victory at Rotherham United.

For Grigg, it was his first in nearly two months and he admitted he was relieved to be finally starting games and getting back among the goals after a difficult start to the season.

“It’s been a great day for both me and the club,” he told the Wigan Post, “Obviously I’m delighted to be back in the side and back on the scoresheet.

Grigg’s goal at Rotherham was just his fourth of the campaign but he is now totally focused on improving that tally.

“Of course goals matter,” he added, “As a striker the first thing people look for is how many goals you have scored – that’s basically what all strikers get judged on, although I like to think I’ve got more to my game than that.”

Also on target in League One was former under-21 international Callum Camps who found the net for the first time since August as Rochdale moved out of the bottom four when a 2-0 home win over Peterborough United.

In Scotland, it was a day of mixed emotions for Kilmarnock’s Jordan Jones.

The Middlesbrough-born winger slotted home midway through the second-half of Killie’s 3-1 home defeat to Aberdeen but was dismissed two minutes from time after picking up a second yellow card.

In the Championship in Scotland defender Callum Morris, who has been in a number of Michael O’Neill’s senior squads over the past few seasons, scored in Dunfermline Athletic’s 2-2 draw at home to Dumbarton.

Finally, there was disappointment for Trevor Carson after Motherwell were beaten 2-0 by Brendan Rodgers’ Celtic in the Final of the Betfred League Cup at Hampden Park.

Former Northern Ireland assistant manager Stephen Robinson, now in the hot-seat at Motherwell, spoke of his immense pride for the players after the game.

“I’m really, really proud of the players and of everybody at the football club,” stated the former Spurs and Bournemouth midfielder. “We’ve worked tremendously hard to get here, but what I will say is it isn’t the end of our season.”

You can view the Steven Davis strike against Everton on our social media channels by CLICKING HERE.