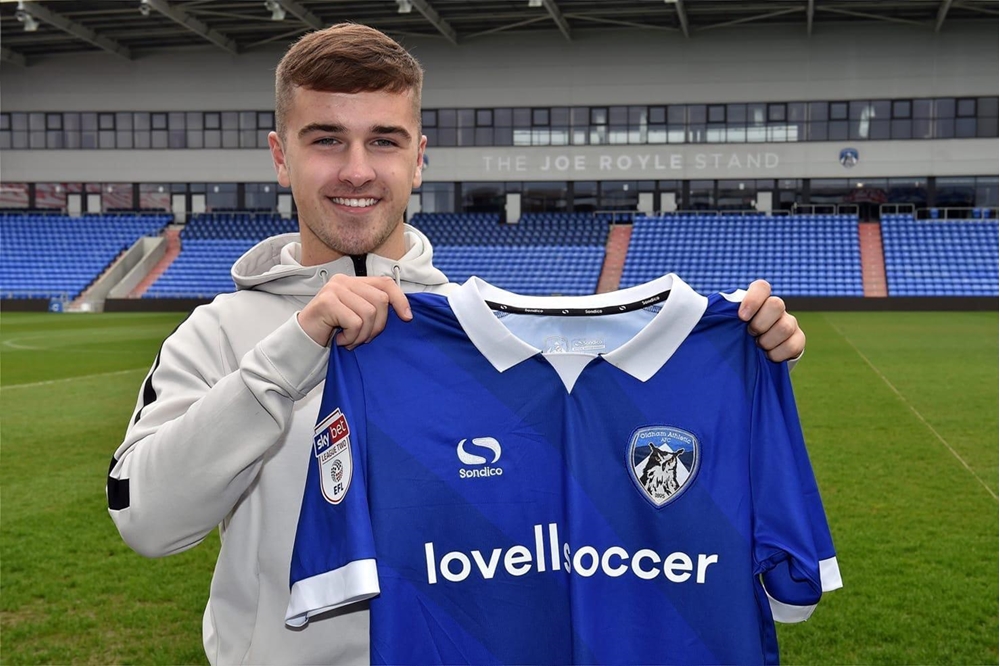 Northern Ireland Under 19 international Harry Robinson has signed his first professional contract with League One side Oldham Athletic.

Harry, whose father is former Northern Ireland assistant manager and current Motherwell boss Stephen Robinson, has put pen on a one-year deal at Boundary Park with the club having a one-year option on the player.

“I hope to go on and become a mainstay in the first-team next year and also progress on the international stage with Northern Ireland.”

The 18-year-old midfielder has already featured with the first-team at Oldham this season making his debut for the Latics when he came on as a substitute in their 2-0 New Year’s Day victory over Notts County.

He also scored on his debut for Stephen Frail’s under-19 side when they beat Kazakhstan 3-2 in their Euro qualifier last November at Shamrock Park.