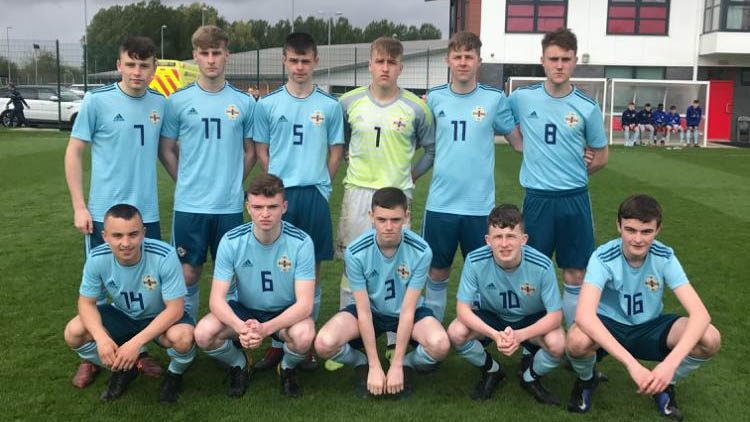 Alan Crooks’s squad produced a couple of fine performances to claim the crown at the Home Nations Championships staged in Newport, Wales.

They opened their campaign with a 1-0 win against the Republic of Ireland thanks to a late goal from substitute George Stewart.

Less than 24 hours later the boys delivered a superb performance when beating Wales 4-0 at Dragon Park in the final.

It is only the second time in 15 years that Northern Ireland have won the prestigious competition and Alan Crooks was full of praise for his players.

The head coach said: “We had a young squad full of energy and enthusiastic to take on board the tactics from the staff. They played without fear and they delivered two great performances.

“Only one player is ineligible next year through their age so I am confident the team can develop more and perform again next year. The players were a credit to their schools and clubs and represented Northern Ireland with great pride.”