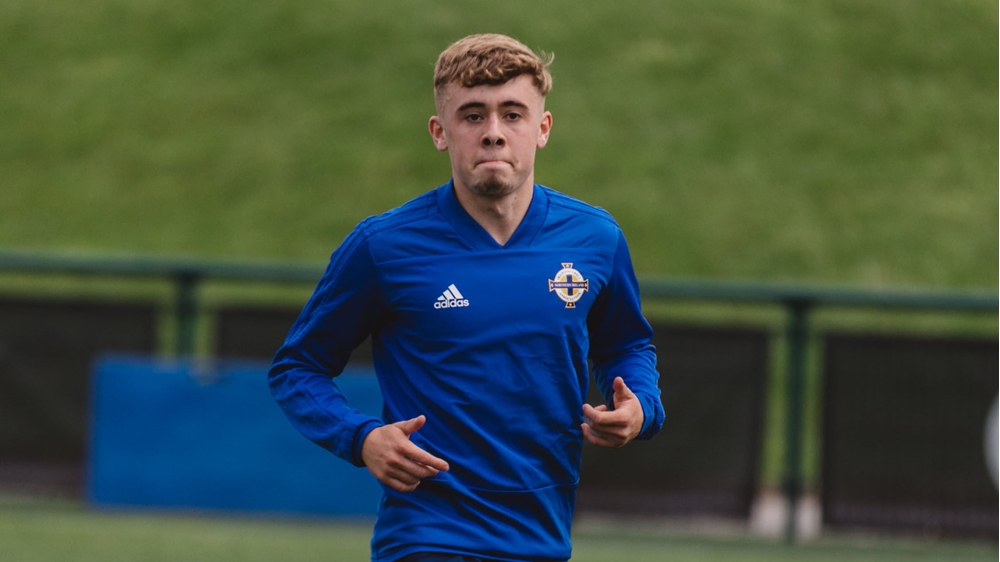 Leeds United prospect Alfie McAlmont has spoken of his ambition to establish himself in the senior men's international squad after he was called up to the Northern Ireland training camp in Manchester this week.

McAlmont, an integral part of the Yorkshire club’s Under-23 team, was called called up to train with the men’s senior team as they prepare for next month’s UEFA Euro 2020 qualifiers against Estonia and Belarus.

Find out what he made of the experience by clicking on the image above to watch our exclusive interview with the teenager.