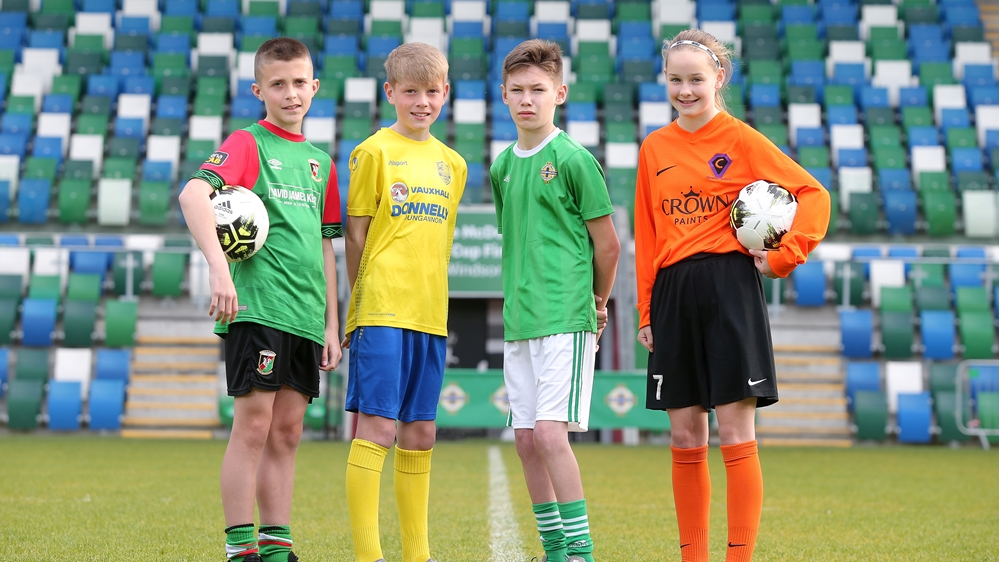 Three young footballers from Northern Ireland have been chosen to take part in a global football camp and tournament in Madrid next week.

Reece Lyttle (13), Aimee Kerr and Kayden Letters, both aged 12, will be participating in Football For Friendship (F4F) events in the Spanish capital in the run-up to this year’s UEFA Champions League final.

And another young student from Northern Ireland, 13-year-old Elijah Weathered, will also be in Spain to report on the F4F events.

The world championship is a five-a-side tournament where elite players from around the world are put into dozens of teams and they compete for the overall title of world champions. There are separate competitions for male, female and disabled young players.

The friendship camp features a series of workshops on the values of the programme, while the friendship forum has guest speakers who explain how the power of football is transforming lives around the globe.

Whiteabbey girl Aimee, who plays for Carnmoney Ladies and is a pupil at Ulidia Integrated College in Carrickfergus, will be the first female from Northern Ireland to take part in F4F events. She is part of the Irish FA’s Girls’ Regional Excellence Programme.

And Kayden, who lives in Randalstown and attends St Pius X College in Magherafelt, will be the first disabled player from Northern Ireland to participate in F4F activities. He is part of the CP (Cerebral Palsy) Northern Ireland development programme run by the Irish FA.

Belfast Boys’ Model pupil Reece Lyttle, who plays for Glentoran Academy, will be only the second young player from the Club NI elite development programme to attend F4F. He is following in the footsteps of Portadown student Zach Cowan, who attended last year’s F4F events in Moscow.

Elijah Weathered, a pupil at the Irish FA Performance School based at Integrated College Dungannon, will also be in Madrid. The Portadown student, who plays for Dungannon United Youth, has been chosen to make the trip on the strength of his academic abilities. He will be covering the activities as a young journalist.

Gazprom, which sponsors F4F and is a partner of FIFA and UEFA, is organising the various events. All the participants will be attending this year’s Champions League final as part of the F4F activities.