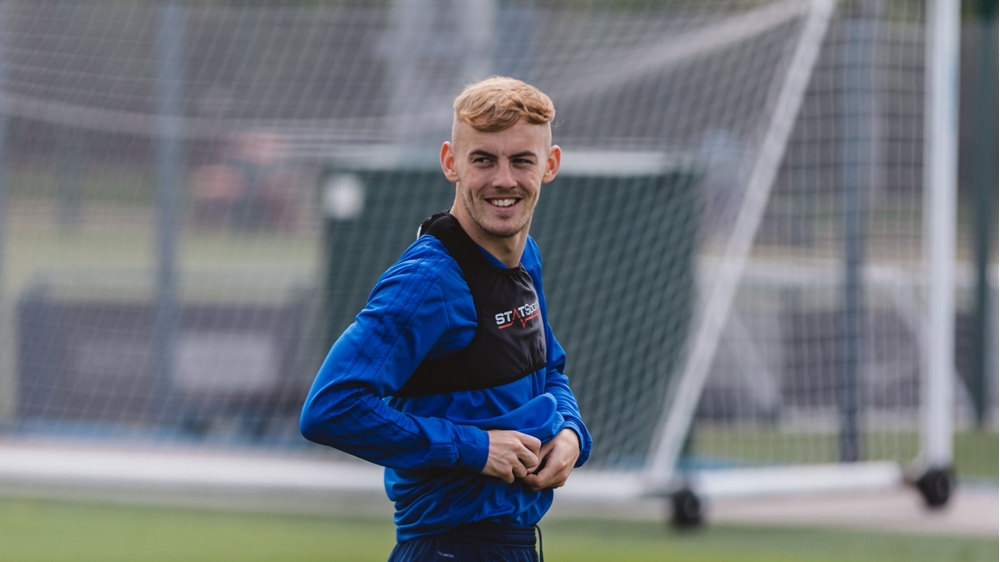 Northern Ireland senior men’s manager Michael O’Neill has praised first-time call-up Mark Sykes and pinpointed him as player who has shown ‘great personality’ in his game.

Sykes, 21, who joined League One Oxford United from Glenavon in January, was today named as part of a 27-man squad for the upcoming UEFA Euro 2020 qualifiers away to Estonia and Belarus.

He had been an integral part of Ian Baraclough’s Under-21 squad and now, having featured in the two recent training camps in Manchester, he has been handed the chance to impress on the senior international stage.

He has shown a real personality in his play, he’s got great attributes and I think he’s a player that is making great strides and will continue to develop

“He’s a player who has played in our Under 21s over a couple of campaigns and a player that has shown up very well here in the domestic league in recent seasons,” O’Neill said.

“When he got his move to Oxford we watched him quite closely. He’s made a good impact there. Perhaps he would have liked to have started a few more games, but the games he started in he has impressed in.

“Our training camp in Manchester was a chance to have a look at Mark with the senior players and we thought why not bring him with us for these two games.

“He’s not, realistically, coming as a player we’re thinking of starting in the games, but he has shown a real personality in his play, he’s got great attributes and I think he’s a player that is making great strides and will continue to develop. And this call-up is the next part of that.”