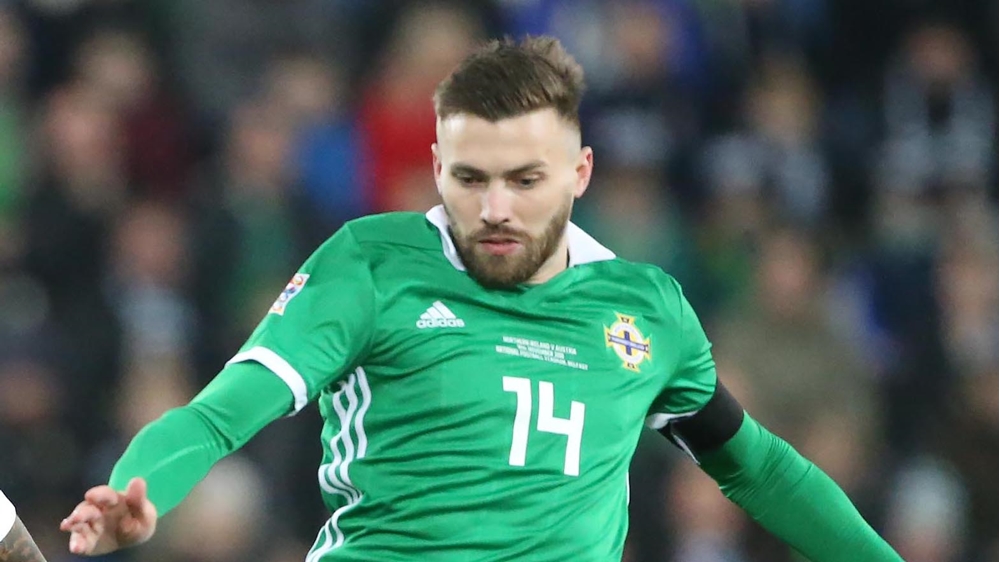 Midfielder Stuart Dallas scored only his second goal of the season as Leeds United went down 3-2 to 10-man Ipswich Town at Portman Road at the weekend.

The 28-year-old equalised for the visitors with 14 minutes remaining, only for relegated Ipswich, who had previously just won four league games all season, to hit back with a 90th-minute winner.

Marcelo Bielsa’s side, who have suffered three defeats in their last four matches, now travel to Derby County for the first-leg of their play-off semi-final next Saturday.

Unfortunately, Paddy McNair and George Saville missed out on a place in the play-offs by a point despite winning their final Championship game already against relegated Rotherham United.

Meanwhile, Jamal Lewis and Michael McGovern were celebrating after Norwich City ended a memorable campaign by lifting the Championship trophy, following their 2-1 success at Aston Villa.

In League One, Peterborough United’s on-loan defender Danny Lafferty was hoping a 3-1 win at home to Burton Albion, who had Liam Boyce back in their starting line-up after injury, would be enough to secure sixth spot in the division.

However, Doncaster Rovers' 2-0 home victory over Coventry City meant the Posh missed the play-offs by a solitary point.

Sunderland duo Tom Flanagan and Will Grigg, who both started in Saturday’s 2-1 reverse at Southend United, face the prospect of yet another titanic battle with Portsmouth when the host the South-Coast club at the Stadium of Light in the first leg of the play-offs.

The two clubs met at Wembley at the end of March in an enthralling Football League Trophy final with Pompey eventually being triumphant after coming out top in the penalty shoot-out.

In League Two, Northern Ireland under-21 international defender Pierce Bird suffered relegation with Notts County on Saturday after the Magpies were beaten 3-1 at Swindon Town.

It means the world’s oldest professional team drop out of the Football League for the first time in their history.

Elsewhere, Steven Davis provided an assist for Jermaine Defoe’s first-half goal as Rangers defeated Hibernian 1-0 at Ibrox to record their first win in four attempts against the Edinburgh side this season.

There were also assists over the weekend for Norwich City’s Jamal Lewis and Kyle Vassell of Rotherham United.