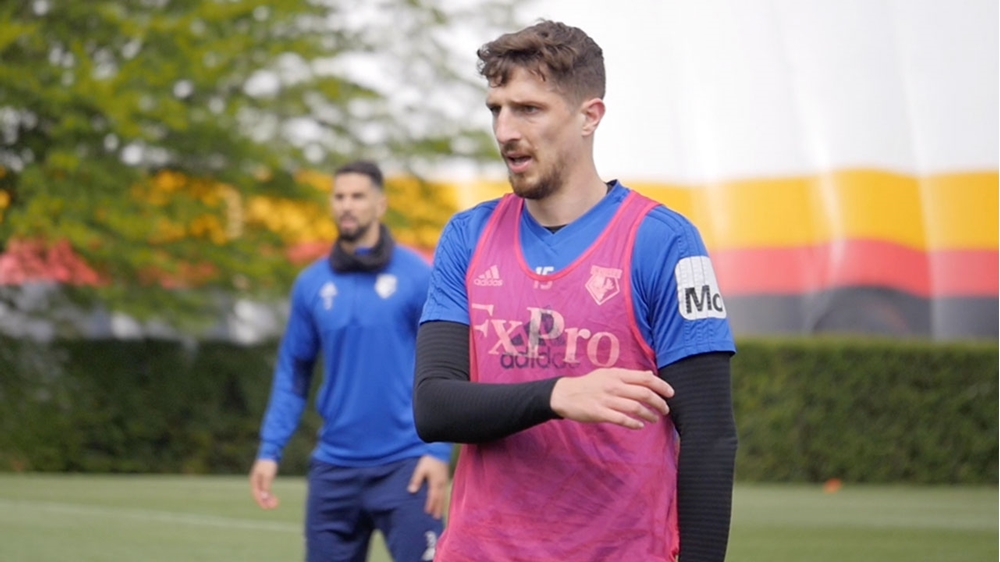 Northern Ireland defender Craig Cathcart will follow in the footsteps of some of his favourite players as he walks out at Wembley Stadium in the FA Cup Final on Saturday.

Cathcart, 30, is a childhood Manchester United fan and was at the club from 2005 to 2010 but now he will be the one walking out at Wembley rather than those he watched as a child.

When asked what reaching an FA Cup Final meant to him he said: "I managed to watch a lot of cup finals and the one I remember the most is the 1999 final against Newcastle which helped to win the treble.

"To follow in their footsteps and win it with Watford will be even more special because it's massive for the club and community. Everyone has come together and Watford will come to a stand still on the day."

To hear more about the preparations ahead of the FA Cup Final against Premier League champions Man City, watch the video above.