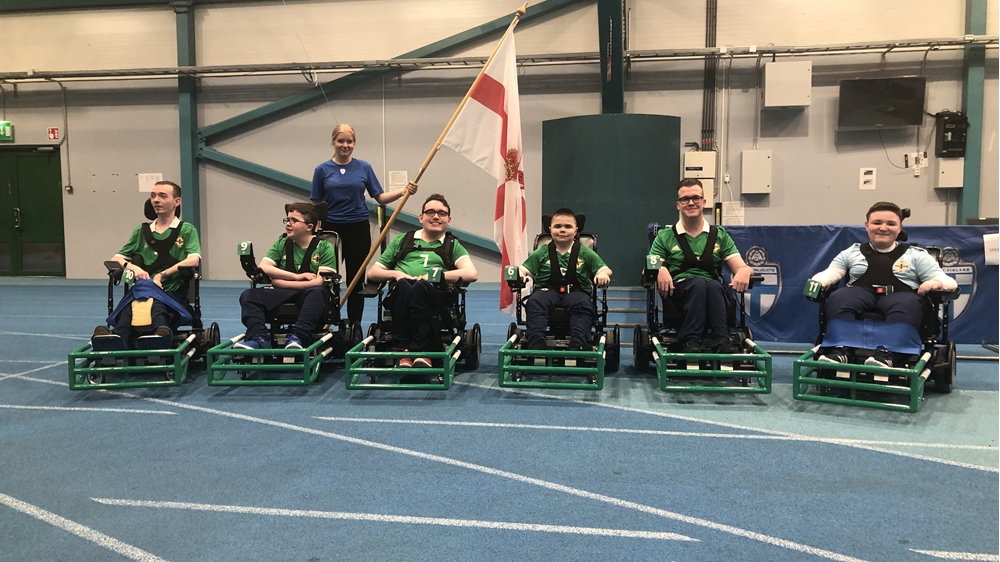 Patrick Cumiskey was the hero with a fine hat-trick with all three goals set up by Jason Browning.

Captain Scott Holland marshalled the defence expertly and goalkeeper Jamie Rogan was delighted with a clean sheet in what was a competitive encounter between two sides.

Next up for the six-strong Northern Ireland is a clash with England, the pre-tournament favourites, on Thursday (1345) at the Pajulahti Sports Institute in Nastola.

Their final round-robin games come on Saturday against France (0915) and Denmark (1415). Matches for final overall placings take place on Sunday (26 May).

Alan Crooks’ team is one of seven nations aiming to be crowned European champions at the four-a-side tournament.

The teams finishing in the top five positions in Finland will secure a place at the 2021 Federation Internationale de Powerchair Football (PFIPA) World Cup in Australia.