Lafferty shares his favourite moments in the green and white 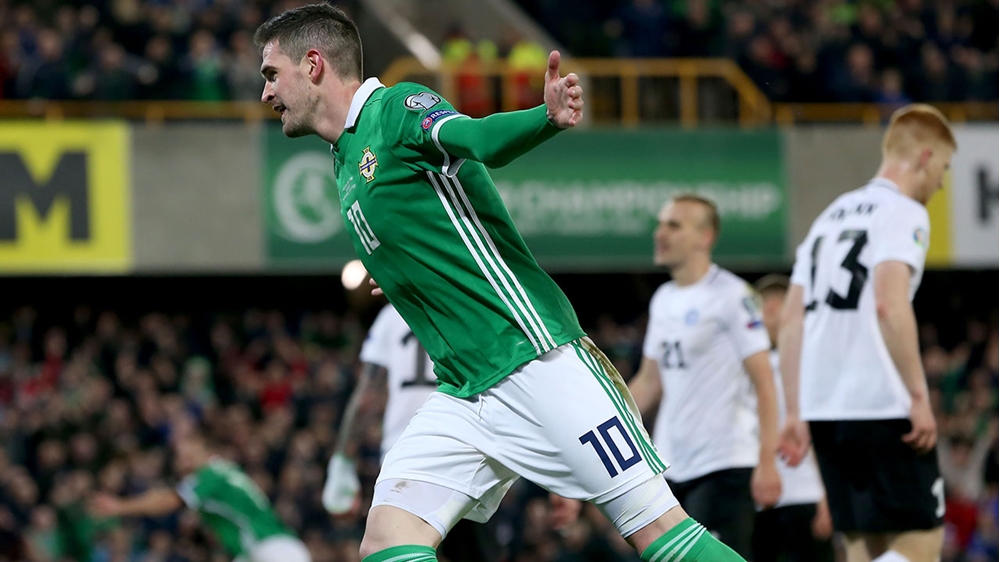 Striker Kyle Lafferty has reflected on his time representing Northern Ireland on the 13th anniversary of his debut on 21 May 2006.

Lafferty made his first appearance against Uruguay and now has 70 caps to his name. His goal tally of 20 also makes him the second highest senior men's team goalscorer behind David Healy on 36.

When asked what his favourite moment was he said: "The Hungary game, which was 1-1. It was an important game for us and put us one foot in France for the European Championships."

He also shared his thoughts on his debut, the Euro 2016 qualifying run and how he looks back on his international career in the video above.