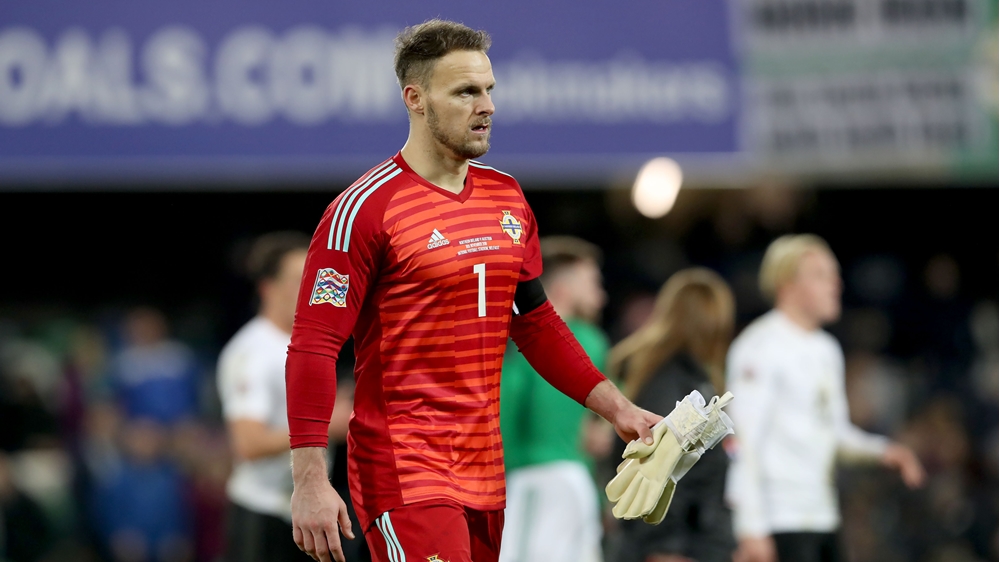 Goalkeeper Trevor Carson has been called up to a Northern Ireland training camp ahead of next month’s Euro 2020 qualifiers against Estonia and Belarus.

The Motherwell keeper, who has not played competitively since November when he developed deep vein thrombosis, is among a 20-strong panel taking part in a camp in Manchester over the next three days.

A similar camp will also be staged in Manchester next week by Northern Ireland boss Michael O’Neill before he names his squad for the games against Estonia (8 June) and Belarus (11 June).

Carson, who previously played for Sunderland, Bury, Cheltenham Town and Hartlepool United, joined Motherwell in June 2017 and had firmly established himself as the Scottish Premiership club’s number one prior to the detection of DVT in his shoulder following his appearance for Northern Ireland in the defeat to Austria in the UEFA Nations League last November.

The 31-year-old, who has won five caps for his country, returned to training with Motherwell last month after making a full recovery from DVT.

His boss at Fir Park, former Northern Ireland first team coach Stephen Robinson, said at the time: “We are delighted for Trevor. He has been through a tough, tough time but he is looking good, he is looking fit and strong.”

Rotherham United striker Kyle Vassell is also back in the Northern Ireland fold for this week’s camp after spending several months on the sidelines this year due to injury.

Attacking midfielder Mark Sykes, who moved from Glenavon to English League One side Oxford United in the January transfer window, is in Manchester for the next three days, too. The former Northern Ireland U21 international made nine league appearances as Oxford eased away from the relegation zone and finished 12th in League One.