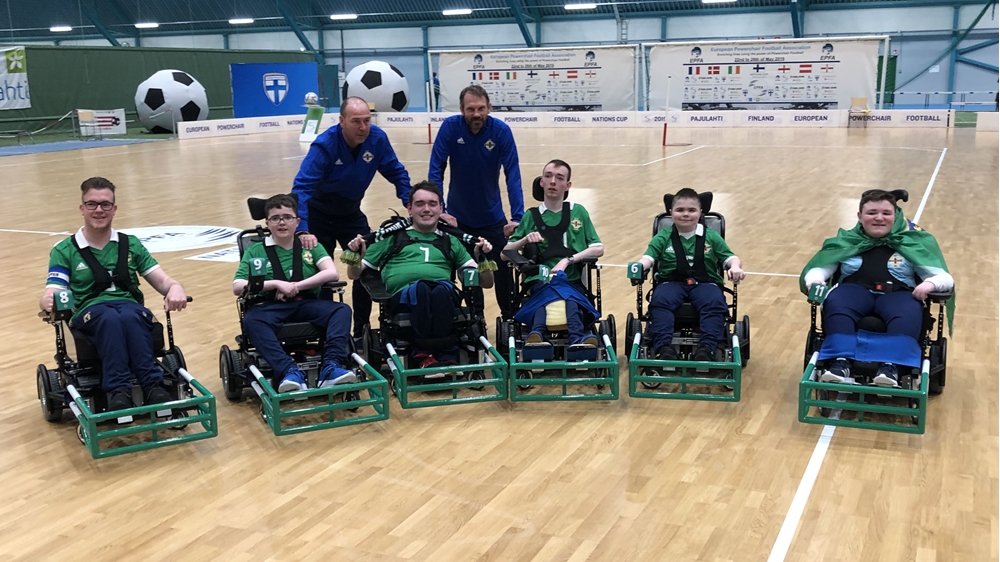 A single goal from Patrick Cumiskey was enough to clinch their spot after Sunday’s nail-biting play-off win over hosts Finland at the European Powerchair Football Association (EPFA) Nations Cup.

Earlier in the day Northern Ireland came from behind to see off Austria in a 2-1 victory with captain Scott Hilland scoring both goals from distance.

Coach Michael Hilland’s squad kicked off the tournament with an excellent 3-0 win over the hosts on Wednesday evening thanks to a Cumiskey hat-trick.

Having lost heavily to a strong England side in their second outing, they bounced back in style with an impressive 4-0 win over Austria.  Cumiskey added another two to his tally in that clash, while Jason Browning and captain Scott Hilland also got their names on the scoresheet.

That success was followed by defeats to the Republic of Ireland, world champions France and then Denmark.

But the team, sponsored by ICD Cable, bounced back in style at the Pajulahti Sports Institute in Nastola on Sunday, seeing off Austria for a second time before that crucial play-off win over Finland secured their passage to the big one in Sydney in two years’ time.