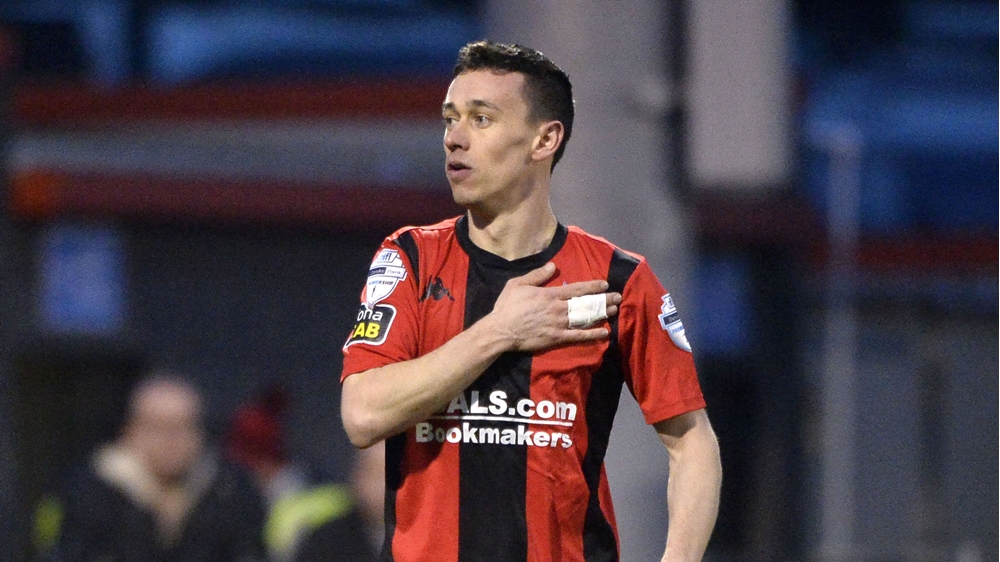 Crusaders star Paul Heatley says the Seaview men are determined to win the Tennent’s Irish Cup for the first time in 10 years.

The diminutive wing wizard will get his first taste of an Irish Cup final on Saturday when he and his team-mates to up against Ballinamallard United at the National Football Stadium at Windsor Park.

The Mallards, who made history to reach the showpiece with a penalty shootout semi-final win over Warrenpoint Town, are appearing in their first ever final but Heatley insists the North Belfast men are determined to get their hands on the silverware for a fourth time.

The Crues last won the competition in 2009 and suffered the heartache of two final defeats since then.

“The Irish Cup has been such a big target for us over the years and to get ourselves to this stage, we have to take this opportunity,” said Heatley.

“Finals don’t come along too often. It’s been 10 years since Crusaders won it and it’s time to put things right and make sure we win it.”

To watch our full interview with Heatley, click on the image above.