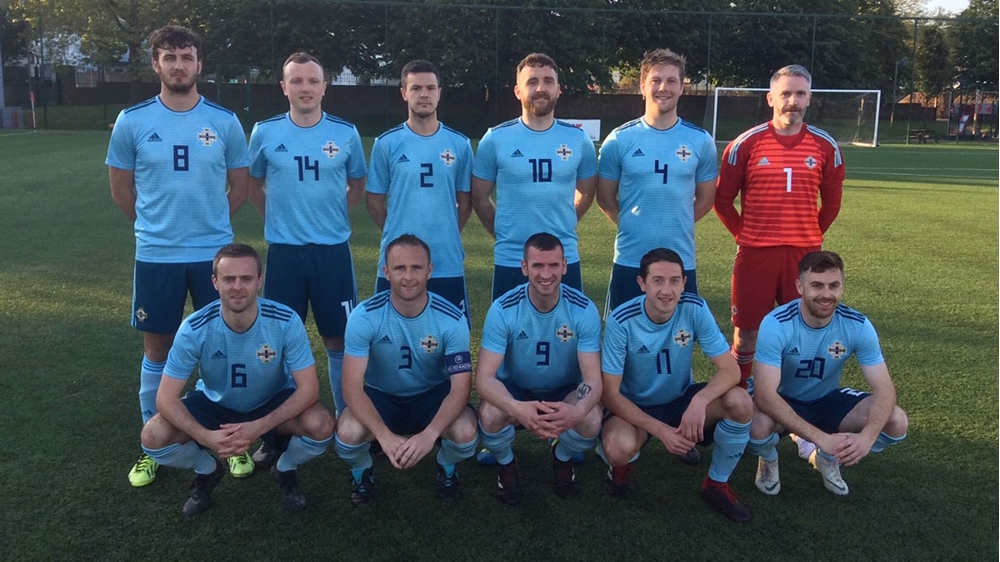 Northern Ireland’s junior international team were in action in at the weekend – playing three games in three days.

But there was disappointment for boss Harry McConkey and his 20-strong panel who were edged out in all three games at the Jersey Quadrangular Tournament.

Despite a goal apiece from Ballyclare Comrades’ Adam Gray and Ballinamallard United’s Richard Clarke, Friday’s opening match against Republic of Ireland ended in a 3-2 defeat.

Saturday’s clash against hosts Jersey was decided courtesy of a solitary 77th-minute strike from the hosts. Northern Ireland rattled the post six minutes later and despite piling on the pressure late on, a much sought-after equaliser proved elusive.

Sunday’s match with Middlesex (England District) ended in a 2-1 defeat. Nathaniel Ferris clawed a goal back after McConkey’s men found themselves two down. Daniel Burns thought he had netted an equaliser only for the referee to rule it out after he spotted an infringement.