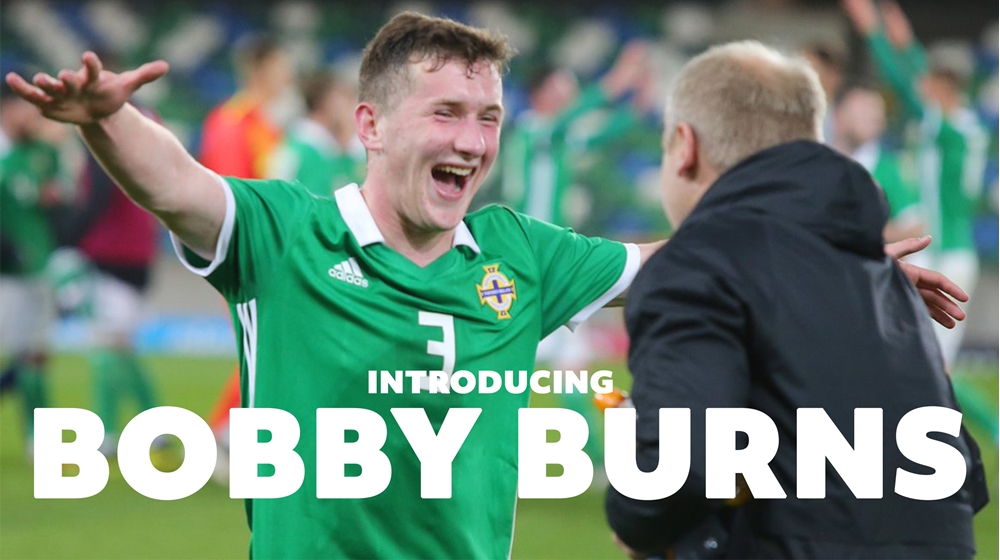 Nineteen-year-old defender Bobby Burns is concentrating on his club and Under-21s football, but has his sights set on the Northern Ireland men's senior squad.

Between a short loan move to Livingston FC and for his club Heart of Midlothian FC, Bobby has played 18 times in Scotland this season, scoring one goal.

The majority of his playing time came in the left-back position but he has also been fielded on the left-wing and even as a centre-forward. Meaning versatility is a large part of Bobby's game.

Coming from the Irish League, Bobby was a mainstay in the Glenavon squad for the 17/18 season, playing 37 times. He looks at his time there as a great learning curve for his move across the water.

He revealed:"I think playing in the Irish League for a couple of years was a great help and has really got me used to playing men's football. It's gave me a platform for playing full-time football.

"I'm getting used to these big atmospheres at games now and it just whets your appetite for more."

Bobby has played five times for Ian Baraclough's impressive Under-21 squad who narrowly missed out on qualification for the EUROs. He currently plays with two senior Northern Ireland internationals at Hearts FC, Michael Smith and Aaron Hughes who have been impressed with his attitude.

Describing his young team-mate, Hughes said: "He's got a great attitude which for me is the first thing you need. The little things around the place, his tidiness and demeanour. If he can keep progressing the way he is then he has a bright future in the game certainly."

You can watch the full interview with Bobby and other up-and-coming players from our 'Introducing' series on our YouTube channel.